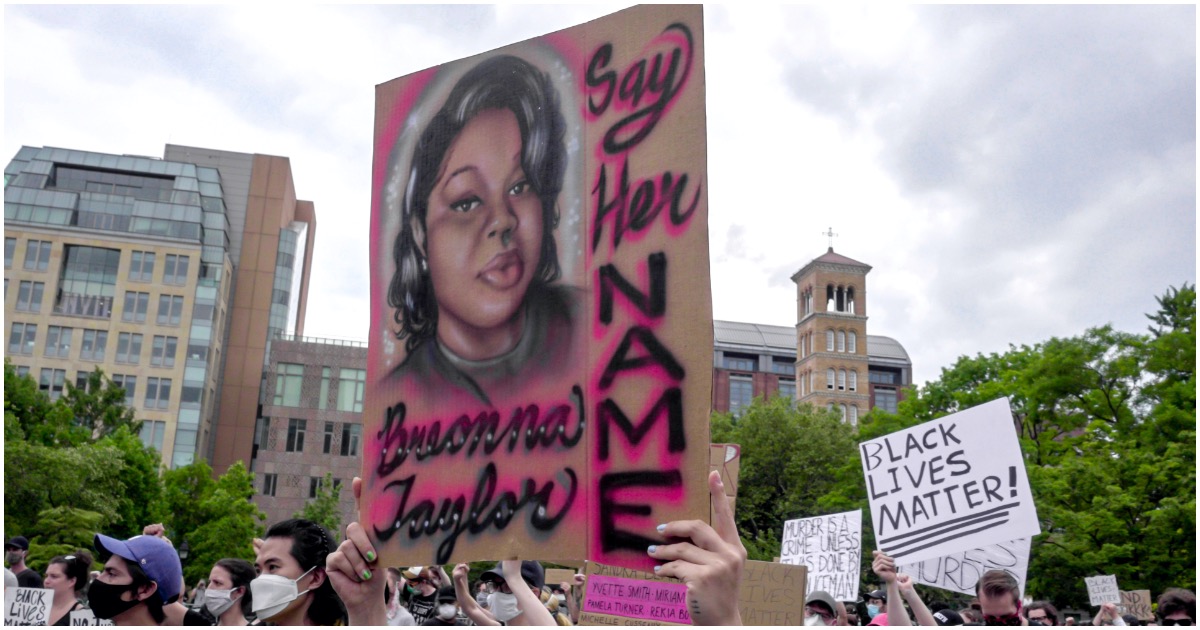 Kentucky is the latest state to be set ablaze by future Joe Biden voters. Multiple police officers have been shot and/or injured. It’s all due to the grand jury decision in the Breonna Taylor case.

Let’s just jump right into it.

Cameron noted that witness testimony indicated officers appeared to correctly execute a search warrant on Taylor’s apartment in connection with a drug case and that the two other officers involved in an ensuing shootout with Taylor’s boyfriend, Kenneth Walker, were justified in their use of force because Walker fired first.

“The Louisville police officers involved in Breonna Taylor’s shooting death ‘knocked and announced’ themselves — and did not execute a ‘no-knock warrant’ as previously believed, Kentucky’s attorney general said Wednesday,” per the New York Post. “At a press conference, AG Daniel Cameron said a neighbor corroborated cops’ claims that they knocked on Taylor’s apartment door and announced themselves as police in the early hours of March 13.”

Former Lousiville police officer Brett Hankison was indicted on three counts of “wanton endangerment in the first degree” for firing his service weapon “blindly through a door and window in Taylor’s building,” according to CNN.

WATCH: Protesters confronted Kentucky Senator Rand Paul after attending the RNC at the White House, shouting at the lawmaker to acknowledge the shooting of Breonna Taylor https://t.co/JmxvZJy29u pic.twitter.com/tTONwewPcR