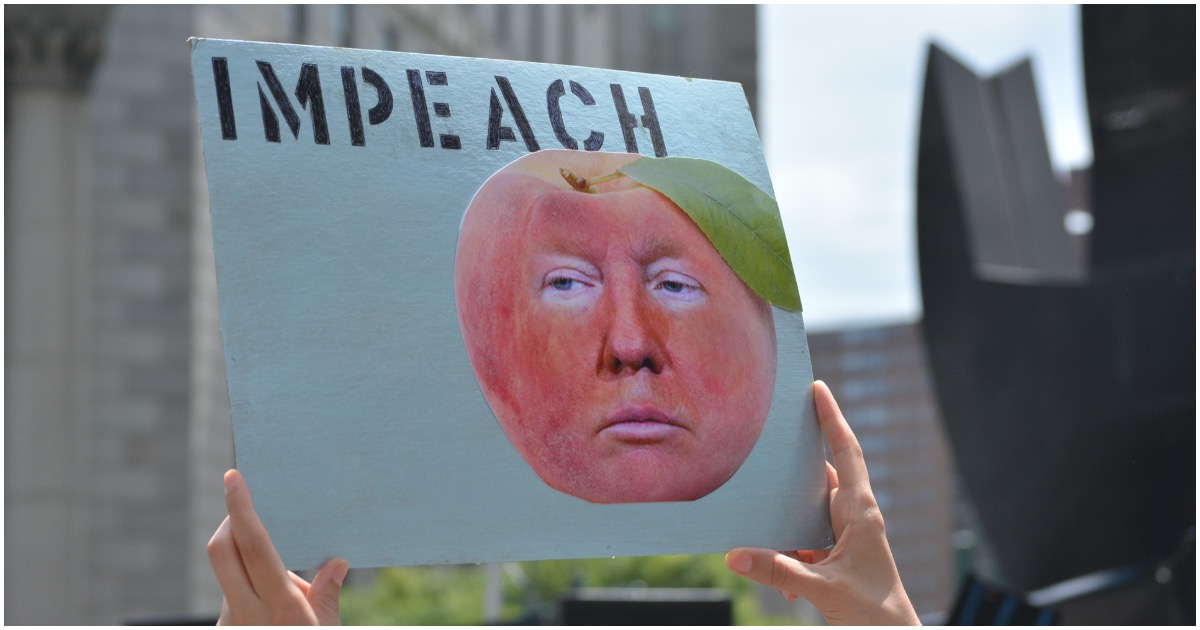 The following article, Flashback: If GOP Wins the House, They Will Expunge President Trump’s Impeachment, was first published on Flag And Cross.

*Originally published February 2020* If Republicans win back the House of Representatives in November, it is likely, at this point, that California Congressman Kevin McCarthy will be voted the new Speaker. Clearly, the gavel must be taken from do-nothing Speaker Nancy Pelosi. And if the GOP wins the House, they’ll look to overturn President Trump’s impeachment for good. From New York Post:

If McCarthy (R-Calif.) does indeed take the gavel from Pelosi (D-Calif.) in 2021, he will hold immense power to pass legislation — and a vote on expungement almost certainly would yield party-line support.

McCarthy and other Republicans say that investigating how Democrats — led by Pelosi, Intelligence Committee Chair Adam Schiff (D-Calif.) and Judiciary Committee Chair Jerrold Nadler (D-NY) — pursued their impeachment of Trump could provide the factual basis to underpin an expungement effort.

McCarthy noted, “I think [if] we take the majority, some of the key priorities for us are infrastructure, lowering prescription drugs and others. But I think when you look at what the Democrats have done, I also think we have to get to the bottom of it.”

He added, “There’s still an 18th transcript that was never released about the inspector general. It’s interesting to know, in there there was 179 pages, did Adam Schiff know the whistleblower? Did he meet with the whistleblower? I think a lot of questions are raised about whether that individual, Adam Schiff, was a fact witness.”

According to Nancy, even if the Senate votes to acquit President Trump, which they did, POTUS still “will not be acquitted.”

What could that mean? Dems are set to impeach in the House again, already? What a headache.