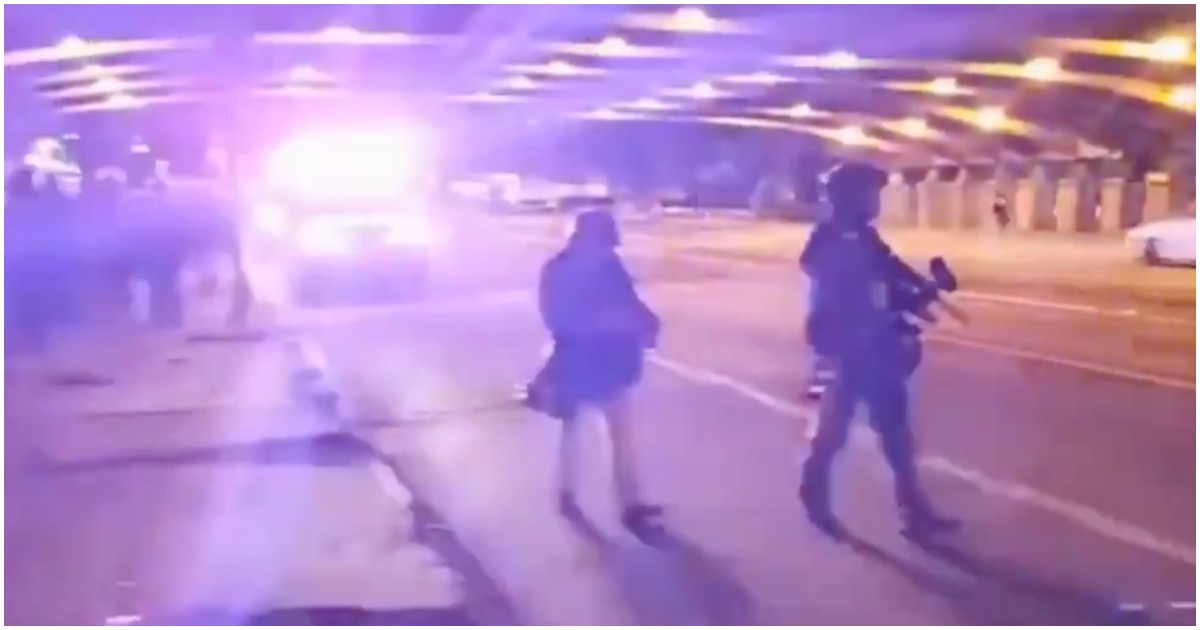 It seems like this happens once a year, doesn’t it? A black person is killed by the police and radical Democrats decide to riot, loot, and intentionally injure police officers.

It doesn’t matter in the slightest if the black person was in the wrong. You know, because liberals solely care about race above all else.

On Wednesday evening in Kentucky, at least two cops were shot and transported to a hospital.

This could be a preview of what we’re likely to witness if President Trump is re-elected.

Shots fired and an Officer down in Louisville

There's been some pops and talks of possible gunfire, but unconfirmed. They are running from the police here
Louisville, KY pic.twitter.com/W4rnVzacUj

The FBI Louisville SWAT team has responded to an LMPD officer being shot and will continue to assist in the investigation.

Unloading the riot shields from the Uhaul #Louisville #BreonnaTaylor pic.twitter.com/F9KqzRB5lM

A grand jury earlier in the day indicted one of the three officers who took part in the botched drug operation in her apartment targeting a man who did not live there and who was already in custody.

The charges against former LMPD member Brett Hankison were for recklessly firing stray bullets that found their way into a neighboring family’s home. He was fired in June.

BREAKING: Louisville Police have confirm TWO officers have been shot and transported to the hospital. (@WPMT) https://t.co/OesHP1GsRL

Regg says they shot AT the cops, not in the air, massive amount of police are moving in & ambulance arriving on scene – possible guys with guns running, I am having trouble keeping up #Louisville pic.twitter.com/qSEhpLsGxr

Pray for the shot officers.

“that’s how you gotta do it bro” “man down lol” phuking animals. The Police have the same rights that these animals have, that is to go home safe after a shift.

The fact BOTH political parties have allowed this unlawful behavior to continue for decades speaks more about our American justice system than it does the perps !
The fact citizens have not cleaned up this insanity themselves is amazing. It’s evident no one else is going to do it.
Far to many of our elected officials were more than willing to sell their soul and their country for money, power and votes. We re-elect most of them.