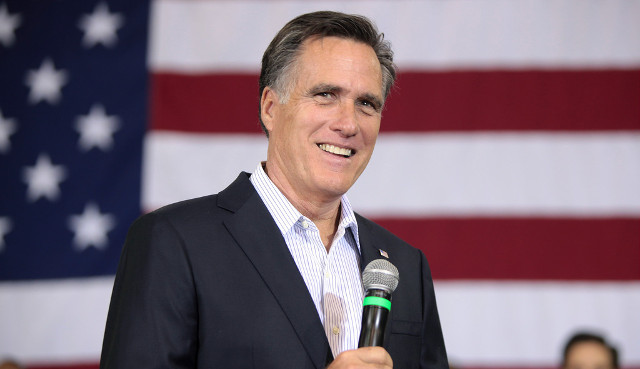 The following article, Mitt Romney To Back Vote On SCOTUS Nominee, was first published on Flag And Cross.

It appears that Senate Republicans do indeed have all of the votes necessary to approve a Supreme Court nominee appointed by President Trump this year after Sen. Mitt Romney came out and stated that he would be supporting the move.

This is a great departure from the antagonistic attitude that we have seen come from Romney concerning President Trump and many of the things he’s trying to accomplish in office. Then again, Romney probably wants to be reelected and thus is trying to appease his base by jumping on board with the president on this issue.

“I intend to follow the Constitution and precedent in considering the president’s nominee,” Romney, a Utah Republican, said in a statement. “If the nominee reaches the Senate floor, I intend to vote based upon their qualifications.”

Republicans Susan Collins of Maine and Lisa Murkowski of Alaska said they do not back voting on a Supreme Court nominee so close to the Nov. 3 election.

Republicans have control of 53 votes and can now go ahead and advance the nominee without the help of Collins or Murkowski.

Romney was the last hold out among Republicans in the Senate.

President Trump has stated that he will be announcing the nominee either on Friday or Saturday, and Senate Majority Mitch McConnell said that he would be bringing the matter up for a vote this year, though he was not clear if he intended to do that before or after the election in November.

Continue reading: Mitt Romney To Back Vote On SCOTUS Nominee ...