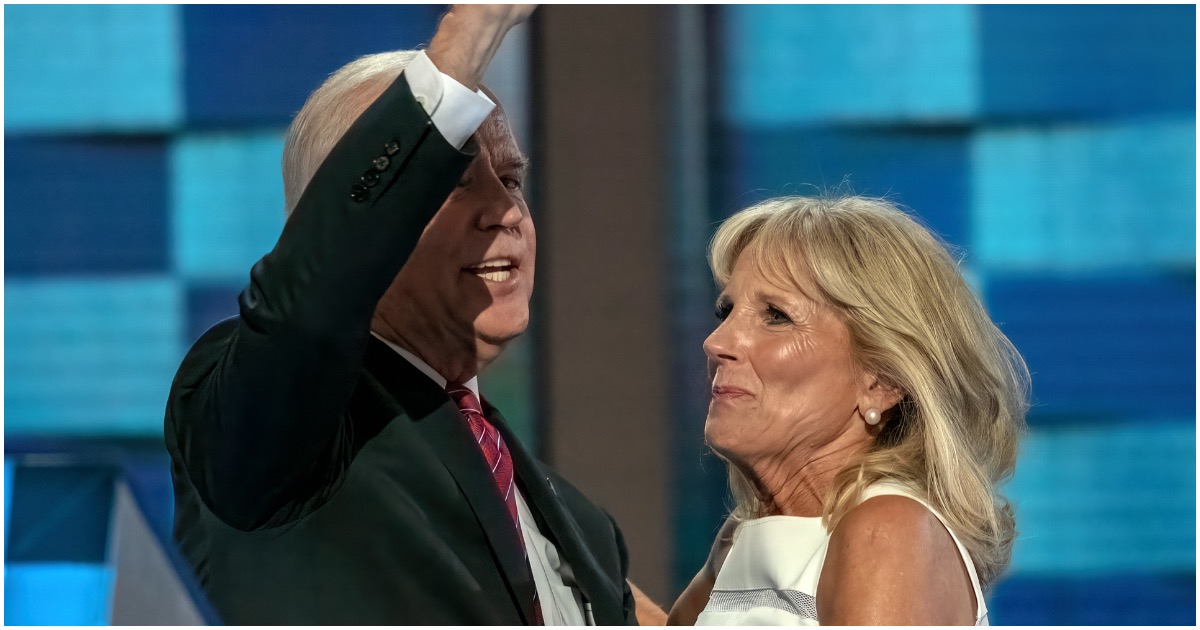 The following article, ‘I Was Betrayed’ — Jill Biden’s First Husband Explains Why He’s Voting for President Trump, was first published on Flag And Cross.

Jill Biden has already been Second Lady of the United States. She doesn’t need to be first lady. Her husband is a walking dumpster fire who can’t even get through an interview without rehearsed answers.

Here’s why her first hubby is voting for President Trump, via Breitbart:

Dr. Jill Biden’s first husband spoke up this week publicly for the first time in decades, announcing he is voting for President Donald Trump instead of his ex-wife’s husband, Democrat Joe Biden.

In the interview with Inside Edition, Bill Stevenson—the owner of the Delaware nightclub the Stone Balloon and Jill Biden’s first husband—claims the story that Joe and Jill tell about how they met is a lie.

“I was betrayed by the Bidens. Joe was my friend. Jill was my wife,” Stevenson said in the interview with Inside Edition.

Joe and Jill Biden claim they were set up on a blind date in March 1975, a few years after Joe’s first wife, Neilia Biden, died in a fatal car crash that also claimed their daughter’s life. Joe and Neilia’s sons, Hunter and Beau Biden, survived the fatal car accident, which happened in December 1972 right after Joe was first elected to the United States Senate. Joe was sworn into the Senate from the hospital where his sons were recovering. Beau Biden would later become the attorney general of Delaware, but he has since passed away due to brain cancer. Hunter Biden, meanwhile, has had his share of problems over the years with drugs and relationships but also has drawn scrutiny over various financial relationships he developed with foreign powers like the Chinese Communist Party and business dealings in Ukraine.

The View‘s Whoopi Goldberg said she thinks Jill should be Joe‘s surgeon general if the former VP is elected to the Oval Office. Whoopi thinks Jill is an “amazing doctor.”

Jill Biden has a PhD in education. pic.twitter.com/QnbnvUR9Pm

I think everyone is being a little unfair toward Whoopi Goldberg right now. If a dementia-ridden rapist, Joe Biden, is qualified to be President, then Jill Biden is definitely qualified to be Surgeon General, medical degree be damned.

I wonder how Whoopi Goldberg knows that Jill Biden is "an amazing doctor" particularly since Jill Biden isn't a doctor at all?

Who would have ever thought that Whoopi might talk completely out of her ass? I wonder how well informed her other opinions are?

Well, Whoopi Goldberg was fun in sister act but she sucks at her current job.

Jill Biden has a PhD in Education.

Would appear that Mr Stevenson came out the winner in that incident, he got rid of the Jill woman. Meanwhile if Jill wasn’t so anxious to live in the Whitehouse she wouldn’t allow old uncle joe to make a fool of himself with his rapidly oncoming dementia.