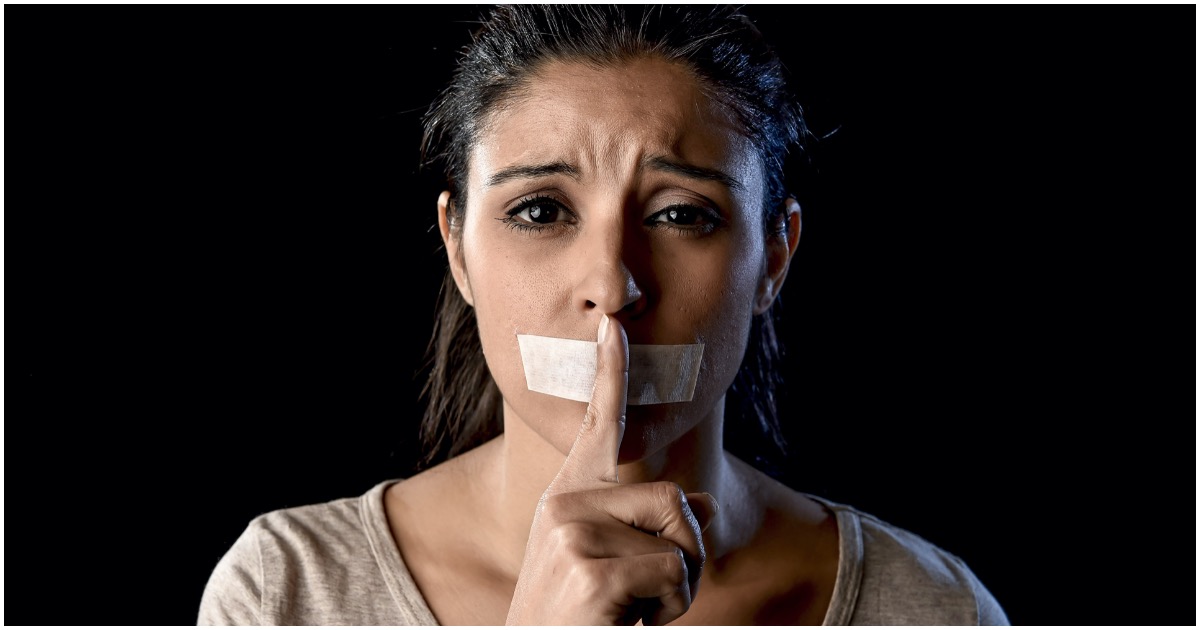 The following article, DAVIDSON: Statements You Better Not Make In America — Opinion, was first published on Flag And Cross.

In recent months, we’ve witnesses the verbal fascism of groups like Antifa, BLM, and the Left in general: Unless you use terms and phrases that they approve, watch out. Still, even away such from Marxists groups, sometimes it seems that as if U.S. is an authoritarian society. I learned early about three statements that you’d better not make, although each of these statements otherwise seem perfectly acceptable.

The only time I had ever been receiving unemployment compensation, in between my first and second job, I was asked by an unemployment office agent if I had been looking for jobs in the last two weeks, to which I replied yes. In fact, I said I even got an offer, but it was from a firm significantly far from my residence and for far less salary than I had been earning years ago. So, I had to turn it down.

With that, almost on cue, the agent became indignant. Was this the moment for which she lived? She told me definitively that I would receive no further unemployment compensation. I had violated the rules. The rules encompassed having to accept a job offer, apparently, even if the job paid far less than you are accustomed to be earning, represented a hardship in terms of distance, and was not quite in your field.

It took me another eight weeks to finally land the right job for my needs, and I surely could have used the unemployment compensation during that time. I was 25 years old, with no savings, barely making my way in the career world.

Don’t ask Me About IRS Procedures

I attended a coin show and was contemplating selling my coins to a particular dealer. In the back of my mind, I remembered that if you deposit too much cash in the bank on any given day, you might flag the IRS. Never mind that I was seeking to sell coins that I purchased with money that I earned, on which I already paid taxes. Never mind that I was selling the coins at a slight loss.

I harmlessly asked the coin dealer, “What is the amount that triggers IRS scrutiny?” With this question, the dealer clammed up and told me, “I can’t discuss that with you,” otherwise, I am potentially “colluding to violate IRS rules.” I said, “What do you mean? I’m simply asking if you know what the sum happens to be.” He clammed up even further. I could see this conversation was going nowhere, so I stopped on a dime.

Why, in contemporary America, can you not ask a simple question related to the laws of our nation? The Internal Revenue Service used to be called the Department of Taxation. Funny, I’m not sure where the ‘service’ aspect of their activities kick-in.

Don’t Tell Me Your Reasons for Donating Blood

I’m at a local Red Cross chapter, donating blood, as I do roughly every eight weeks. I’ve been donating blood for several years. It is helpful to me and it is helpful for those in need. The need presumably is urgent: I continually receive messages from the Red Cross every few days, even after I’ve already donated, asking me to donate again. For health and safety, one is asked to wait at least eight weeks between donations.

During one encounter, I was talking with the nurse on hand and mentioned that one of the reasons I donate blood is that I have a high iron count. Donating blood helps to keep it in check. At that point, she bristled, then regained her composure, and told me that’s not something I should say. Donating blood for purposes of lowering your iron count, which has some technical name, gets you thrown out of the system immediately.

During the same visit, because I have a blood type that is in demand, I was asked by someone else if I could come in more frequently to make other kinds of transfusion donations? So, I’m grappling with this conundrum. You want me to visit more often to donate what you need. Yet, if I seek to make a donation that benefits both the Red Cross and myself, I am somehow violating Red Cross regulations.

Guess who’s going to seek another place to donate blood, other than at the local Red Cross?