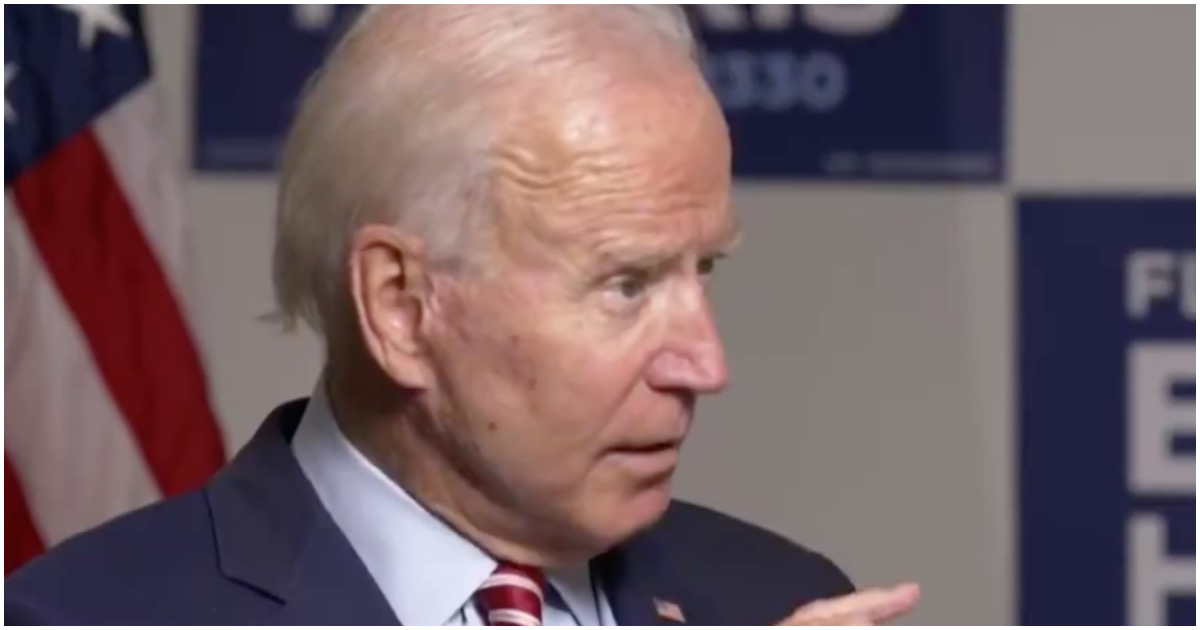 The following article, WATCH: Biden Appears to Be Reading His Answers Off Monitor During Interview — ‘I Lost That Line’, was first published on Flag And Cross.

The short clip in the tweet below shows Joe Biden looking away from the interviewer, peering at a camera or monitor or person, saying “I lost that line.”

In other words, it is blatantly evident that he is being spoon-fed answers during this interview – and likely others, too.

The saddest part? The reporter just goes along with it, as if there’s nothing “off” here.

Imagine if Trump did this with Sean Hannity. Instant pandemonium.

What is happening here in this interview w/ @JoeBiden? After he says he’ll freeze deportations once becoming president, he tells someone off camera, “I lost that line.” Telemundo’s @jdbalart then tells him “We can talk you and I on that.”

José, was he reading his responses? pic.twitter.com/Yoausx0zTr

Now, check out the photo below…

President Trump said on Monday that he assumes Democratic presidential nominee Joe Biden’s “going to do great” during the first presidential debate scheduled for next week, then went on to slam the former vice president.

Go ahead and spout off on Joe in the comments section. Consider this an open thread…

Continue reading: WATCH: Biden Appears to Be Reading His Answers Off Monitor During Interview — ‘I Lost That Line’ ...

This is what the democrats have as a nominee for president?

No doubt. The guy is so lost with dementia that he is unable to function and his puppeteer is doing his/her best to hold him up, but is failing. Is this (and harris) really what half of America want as their president…..