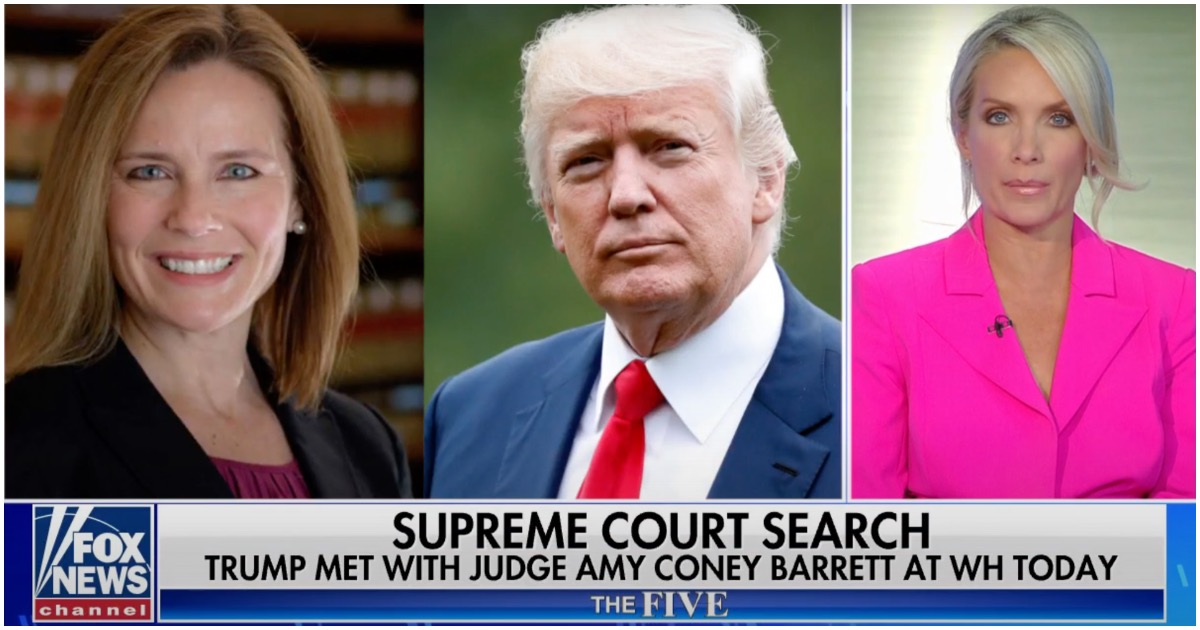 If the name Amy Coney Barrett sounds familiar, it’s because she was nearly chosen by President Trump for the SCOTUS seat that eventually went to Brett Kavanaugh.

If Barrett isn’t Trump’s nominee, there’s a decent chance it could be Barbara Lagoa. Either way, it will be a woman.

However things shake out, it appears the GOP does have the votes to confirm a new member of the Supreme Court. This comes on the heels on Republican Senators Susan Collins (ME) and Lisa Murkowski (AK) saying they will side with Democrats.

Senate Republicans said Monday they are ready to vote on a Supreme Court nominee, despite the election-year timing and the objections of Democrats, and they appear to have the votes to do it.

A Monday evening statement by Sen. Cory Gardner, a Colorado Republican, appears to give Republicans at least 50 votes in favor of moving and eventually confirming a nominee, with Vice President Mike Pence able to break a tie if needed.

More on Barrett, via Bloomberg:

Donald Trump is moving toward nominating Amy Coney Barrett to replace the late Justice Ruth Bader Ginsburg on the Supreme Court, according to people familiar with the matter, despite the president saying Monday he’s considering as many as five candidates.

Barrett met with Trump and separately with White House Counsel Pat Cipollone on Monday, said people familiar with the discussions. She is a favorite of anti-abortion rights advocates, who are heavily lobbying the White House and Trump personally to nominate her. She’s preferred by Senate Majority Leader Mitch McConnell, according to people close to him.

What say you? Is the money on ACB?

I HOPE WE PUT ANOTHER JUSTICE IN AND HOPE THAT WE KEEP PRESIDENT TRUMP AS OUR PRESIDENT. YOU PEOPLE DON’T KNOW WHAT YOU;ER ASKING FAR WITH BIDEN BECOMING PRESIDENT IF HE WILL WIN. GOD HELP YOU CAUSE THE DEMORCATS WANT. ASK THE BLACKS WHAT THEY HAVE DONE ALL THESE YEARS FOR THEM NOT A THING CAUSE I HAVE BEEN HERE MANY YEARS YOU PEOPLE BETTER START USING YOUR BRAINS INSTEAD OF EVERY THING YOU HEAR OR READ.