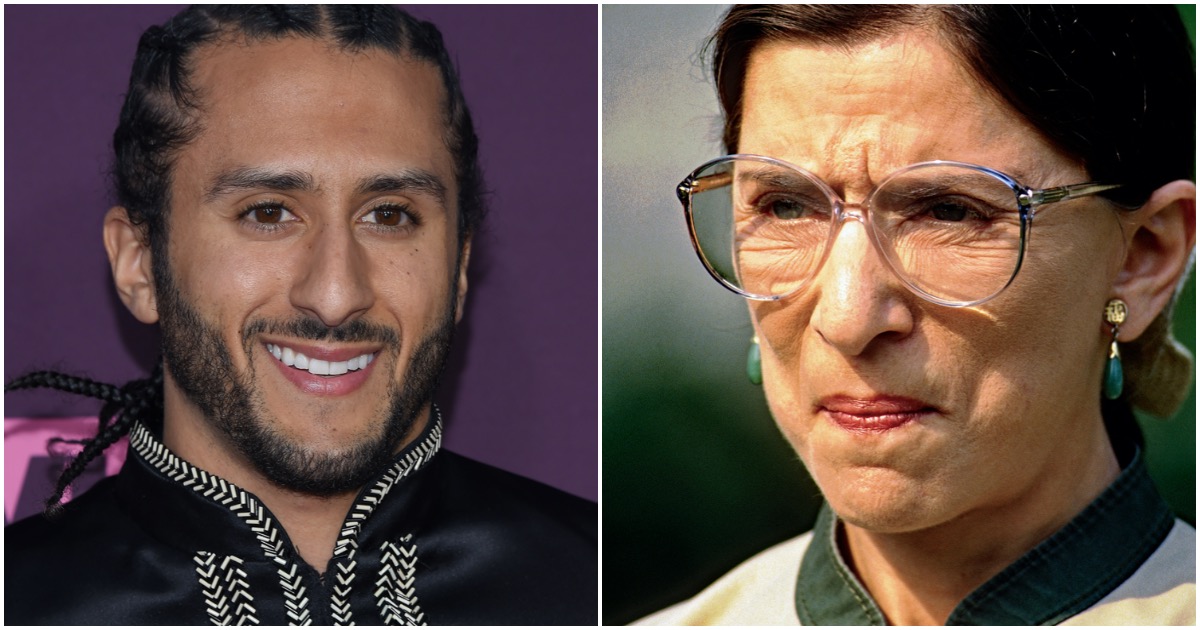 The following article, Ginsburg On NFL Players Kneeling for the National Anthem: ‘It’s Dumb & Disrespectful’, was first published on Flag And Cross.

If the mainstream media reported on these quotes from Ruth Bader Ginsburg about NFL players kneeling for the national anthem, a lot of lefties would be very, very disappointed.

Ginsburg and conservatives may not have agreed on most issues but at the end of the day, the former Supreme Court justice appeared to be a Democrat who actually loved her country.

As America continues to reflect on the life of Supreme Court Justice Ruth Bader Ginsburg, it is notable to remember that she was not a supporter of former NFL quarterback Colin Kaepernick’s protests during the national anthem.

“I think it’s really dumb of them,” Ginsburg said of Kaepernick’s protests during an interview with Katie Couric in October of 2016.

We have lost one of the most extraordinary Justices ever to serve on the Supreme Court. Ruth Bader Ginsburg’s life and landmark opinions moved us closer to a more perfect union. And her powerful dissents reminded us that we walk away from our Constitution’s promise at our peril. pic.twitter.com/dDECiBxae6

Statement from the President on the Passing of Supreme Court Associate Justice Ruth Bader Ginsburg pic.twitter.com/N2YkGVWLoF

This is the scene at the Supreme Court tonight after the death of Justice Ruth Bader Ginsburg.

Thousands of people are gathered here, with hundreds sitting on the steps https://t.co/Cg9oNILOPx

Ruth Bader Ginsburg was confirmed 42 days after she was nominated by President Bill Clinton. @RealDonaldTrump's nominee should get the same speedy consideration by the Senate.

‘I feel really moved that she fought until the very end for American women’ — Mourners gather to pay tribute to Ruth Bader Ginsburg outside the Supreme Court in Washington, D.C. pic.twitter.com/ojpqFCcpUh

Mourners join in a rendition of "Imagine" by John Lennon as they honor the legacy of Supreme Court Justice Ruth Bader Ginsburg, the standard bearer for the court's liberal wing and a progressive icon. https://t.co/QcBKdeDxe2 pic.twitter.com/62Sh502TdS