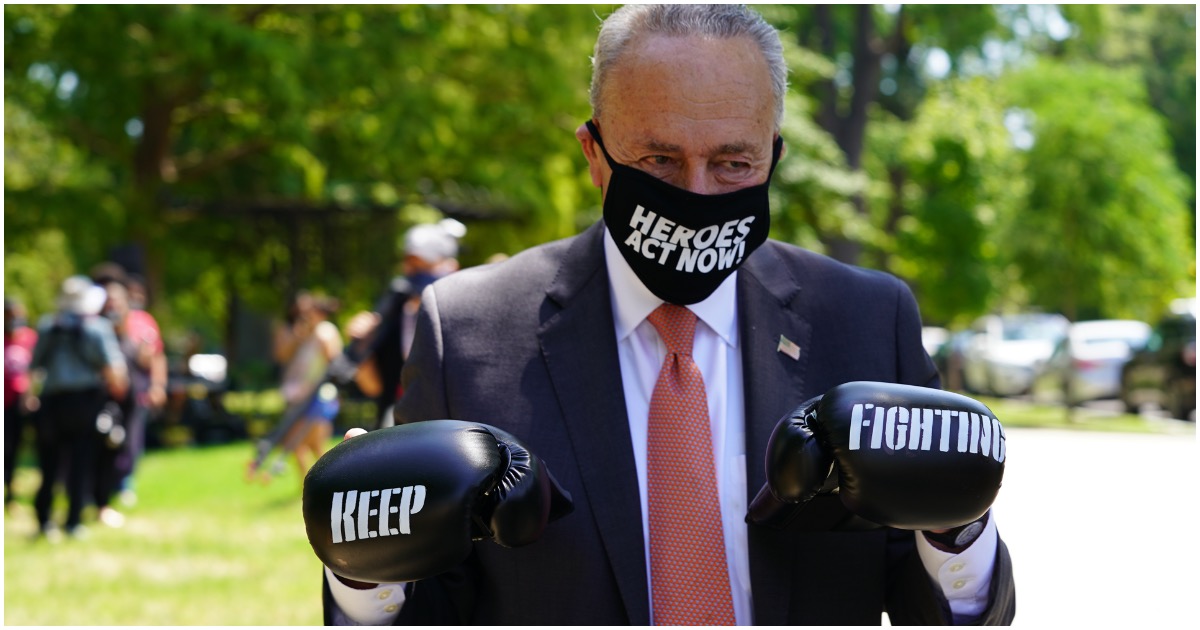 The following article, Dems Plan ‘Total War’ If SCOTUS Nominee Confirmed, Will Look to Add States to the Union, was first published on Flag And Cross.

And when that happens, Democrats will look to go to “war.”

“Furious” Democrats are considering “total war” next session if Republican press through and fill Justice Ruth Bader Ginsburg’s vacant Supreme Court seat, Axios reports — and their plans may even include adding states to the union to ensure their permanent control of Congress.

Some Democrats, like Senate Judiciary Committee member Richard Blumenthal (D-CT), have made clear that they believe no response is off the table if President Donald Trump and Senate Majority Leader Mitch McConnell follow through with plans to fill the seat with fewer than 50 days until the November presidential election. Speaker of the House Nancy Pelosi (D-CA) even noted Sunday that her caucus is considering pursuing impeachment, either a second round against Trump or a first attempt to oust Attorney General William Barr.

According to Axios, Democrats are also considering two major changes to Congress itself that could work to keep them in control — and in the majority in both Houses — for years to come. “Adding Supreme Court justices … eliminating the Senate’s 60-vote threshold to end filibusters … and statehood for D.C. and Puerto Rico,” are all on the table, Axios says.

There’s no two ways around it: Democrats are bad people. It’s really that simple. They crave power and control above all else, while managing to convince the uninformed that they are working in their best interests.

How can you be working in the best interest of Joe Blow if you’re constantly offering handouts, as opposed to allowed that person to become a success on their own?

Liberal logic, for ya.