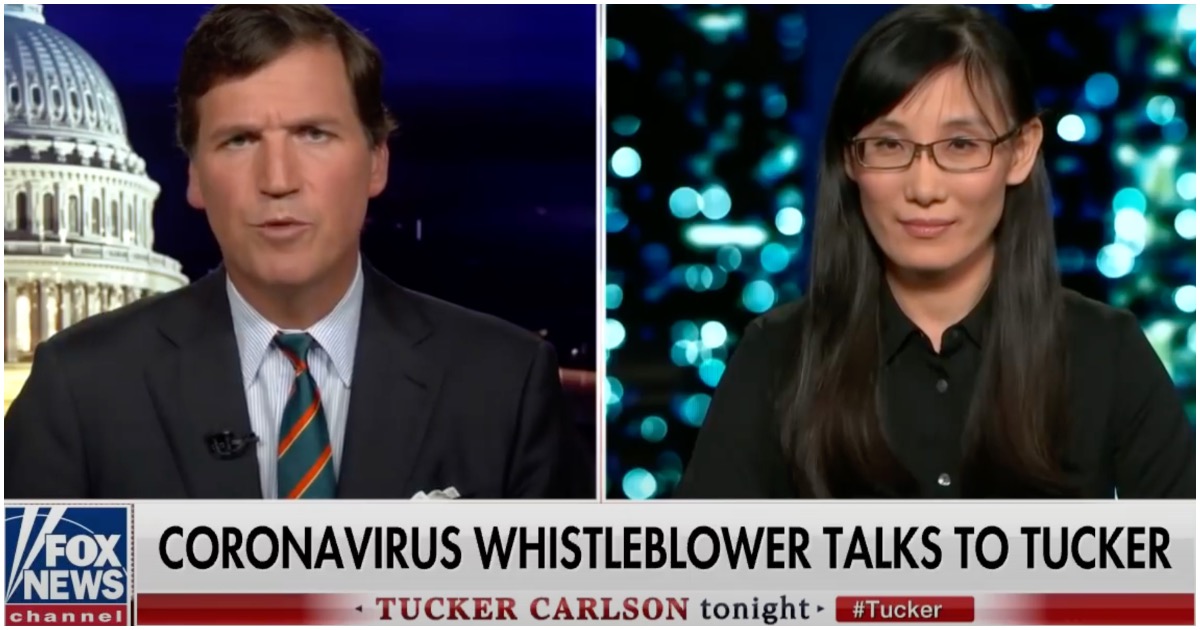 Liberals probably never even considered the idea that China could possibly be capable of intentionally creating and distributing COVID-19 in order to mess with the world economy.

Conservatives, though, have always had that thought in the back of their mind.

Now, a Chinese whistleblower is saying she has some bombshell proof of the communist party’s malfeasance.

Dr. Li-Meng Yan says she worked in the WHO reference lab in Hong Kong which she says is the top coronavirus lab in the world and that she received secret intelligence from people in China as well as from her own network in the country. And she says without hesitation it was created in a lab.

The World Health Organization (WHO) tried to cam fears of a pandemic on Jan. 14 by repeating China’s claim that coronavirus was not contagious among humans.

Just 60 days later, the global death toll from coronavirus had topped 8000 and continued to climb. Over 200,000 cases had been documented in 145 countries.

Preliminary investigations conducted by the Chinese authorities have found no clear evidence of human-to-human transmission of the novel #coronavirus (2019-nCoV) identified in #Wuhan, #China

More from WHO in January…

Chinese authorities informed WHO that they have ruled out a number of causes of the outbreak of #pneumonia in Wuhan City,

. The pathogen is not influenza, avian flu, adenovirus, SARS or MERS. Work continues to identify the cause.

BREAKING: WHO has received the genetic sequences for the novel #coronavirus (2019-nCoV) from the Chinese authorities. We expect them to be made publicly available as soon as possible. pic.twitter.com/h1w7A0jBm2

It used to be called ‘germ warfare’ and appears to be another indication of the chinese communist preparing to start WWIII, as they are acting as did Germany & Japan in the 1930s.