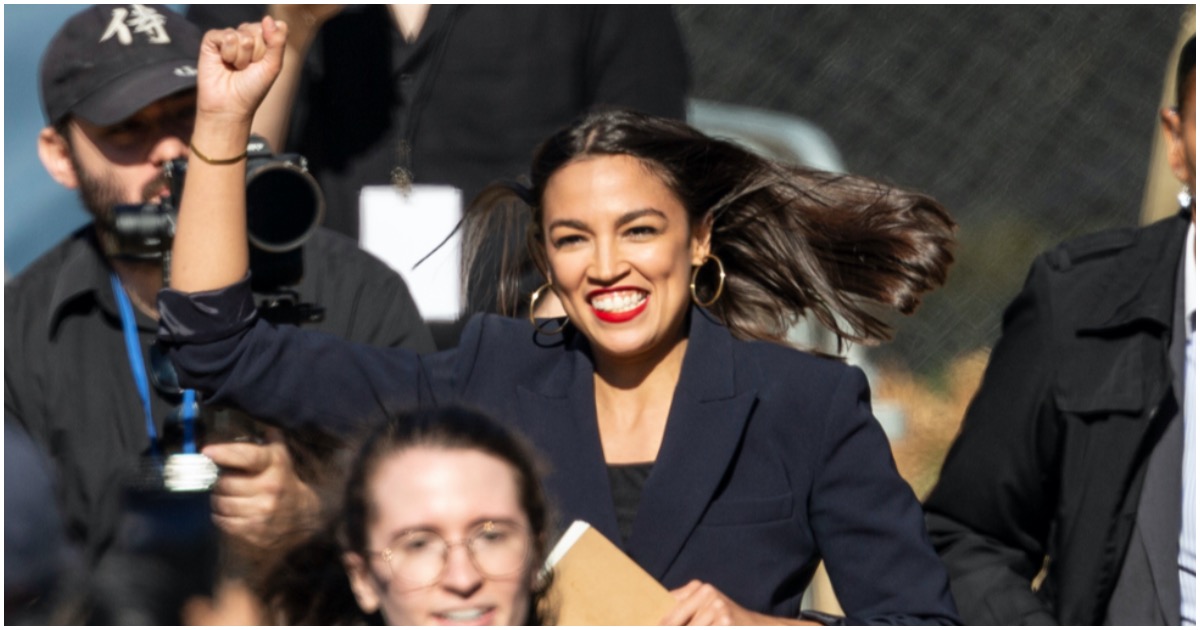 The following article, AOC: We Have to Consider Impeaching Trump or Bill Barr to Prevent SCOTUS Confirmation, was first published on Flag And Cross.

Why did the Republican-controlled Senate delay a floor vote for Barack Obama’s SCOTUS pick back in 2016 after the death of Antonin Scalia? Because Obama was a lame-duck; on his way out of office.

It only made sense to have the next president decide.

President Trump is not a lame-duck, considering he can still win a second term. Therefore, it makes sense for the GOP-controlled Senate to push through 45’s nominee.

But Dems don’t exactly see things that way. And their hypocrisy will be exposed below in just a few minutes.

First, check out AOC – from TDW:

Far-left Rep. Alexandria Ocasio-Cortez (D-NY) said during a press conference on Sunday that Democrats must be open to all options in their attempts to stop President Donald Trump and Senate Majority Leader Mitch McConnell (R-KY) from filling the Supreme Court seat that was vacated last week.

Alexandria Ocasio-Cortez is open to impeaching @realDonaldTrump to stop him from filling the Supreme Court vacancy.

"We must consider, again, all of the tools available to our disposal & that all of these options should be entertained & on the table.”

Here are the hypocritical tweets of Democrats from 2016 and 2020…

You had to know this was a coming. Four short years ago, countless Dems, media folks & bluechecks were telling you #WeNeedNine on the Supreme Court.

Yet now, as we head into an election that’ll surely be contested their convictions have evaporated.

To kick it off, we’ll start with none other than the man who led the #WeNeedNine push, @BarackObama.

Is it no longer “irresponsible” to not consider a SCOTUS nominee before one is even announced, Mr. President? pic.twitter.com/sTgDCqFV1Z

Wouldn’t your advice set up a “constitutional crisis”, @JoeBiden? You said so yourself. pic.twitter.com/MJ4p6RBQZG

And what say you, @HillaryClinton? If @realDonaldTrump announces his nominee, will you agree that he has “met his responsibility” as well? And that the Senate should do the same? pic.twitter.com/HODjSGk7ts

Apparently we don’t need mine anymore, to hear @civilrightsorg tell it. pic.twitter.com/JYm80TSF0V

Continue reading: AOC: We Have to Consider Impeaching Trump or Bill Barr to Prevent SCOTUS Confirmation ...

She’s a house member. She has no power in this at all, other then making noise!

Someone needs to stick one in her so she’ll STFU. ROFL.

But of course the dems/liberals HAVE to stop Trump from putting a supreme court judge in place as they believe they cannot win with biden/harris so they need a partial court if they are to win their legal fight sure to take place as they refuse to accept a legal/honest election.