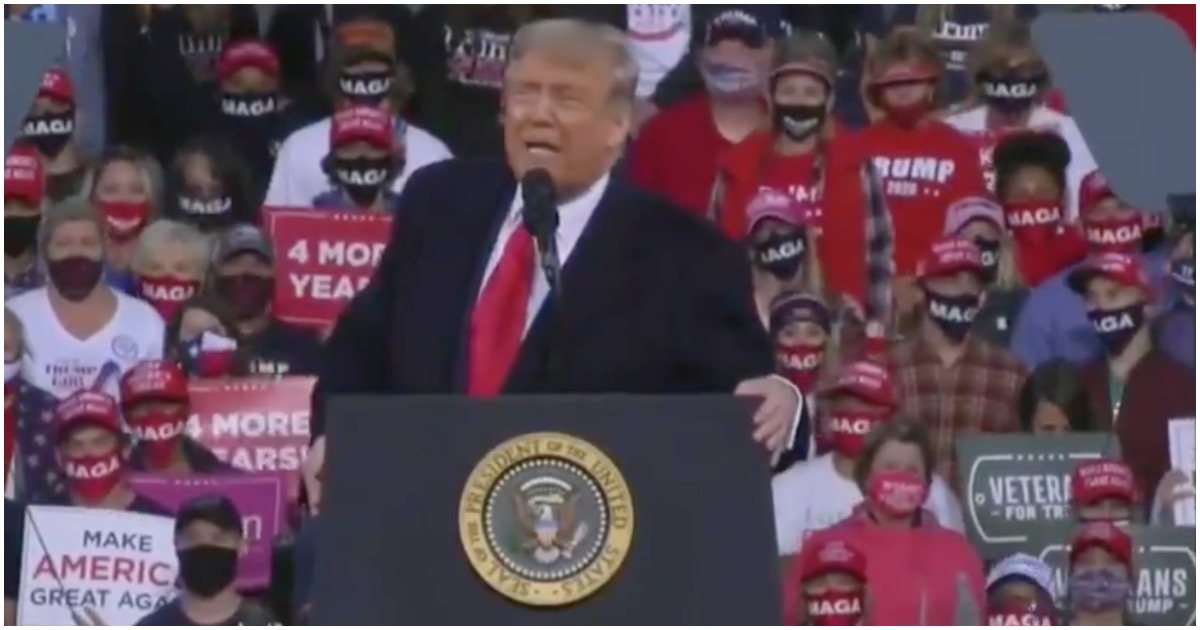 The following article, I Will Nominate A Woman for Supreme Court Next Week, Trump Says At North Carolina Rally, was first published on Flag And Cross.

Donald Trump’s presidency has already been historic for a number of reasons. He will add to his legacy in the coming days, when he nominates a third person to the Supreme Court in just his first term.

Neil Gorsuch and Brett Kavanaugh have sided with the liberal wing of SCOTUS from time to time, so those two choices weren’t exactly home runs. Still, they definitely lean right.

This third pick needs to be a person that will have conservatives cheering.

“I will be putting forth a nominee next week. It will be a woman!” –@realDonaldTrump (during rally remarks in Fayetteville, NC)

ABC News, citing “multiple sources familiar with the thinking of the president and his advisers,” reports that Judge Amy Coney Barrett, 48, of Indiana, is considered a front-runner for the vacant seat. Notably, Barrett was one of the finalists when Trump was considering a replacement for Justice Anthony Kennedy, whose seat was later filled by Justice Brett Kavanaugh.

According to USA Today, Judge Barbara Lagoa, 52, a recent addition to the list of potential Supreme Court nominees, is considered a “little-known” front-runner. The news agency reports that Trump briefly mentioned her during remarks to reporters on Saturday, saying that he has “heard at length” about her, and that she is “highly respected.”

Continue reading: I Will Nominate A Woman for Supreme Court Next Week, Trump Says At North Carolina Rally ...

So now it will be interesting to hear what those liberal female dem senators will say & do in the confirmation hearing. Will they go low and insult another woman? Yeah, probably, they’re dems.