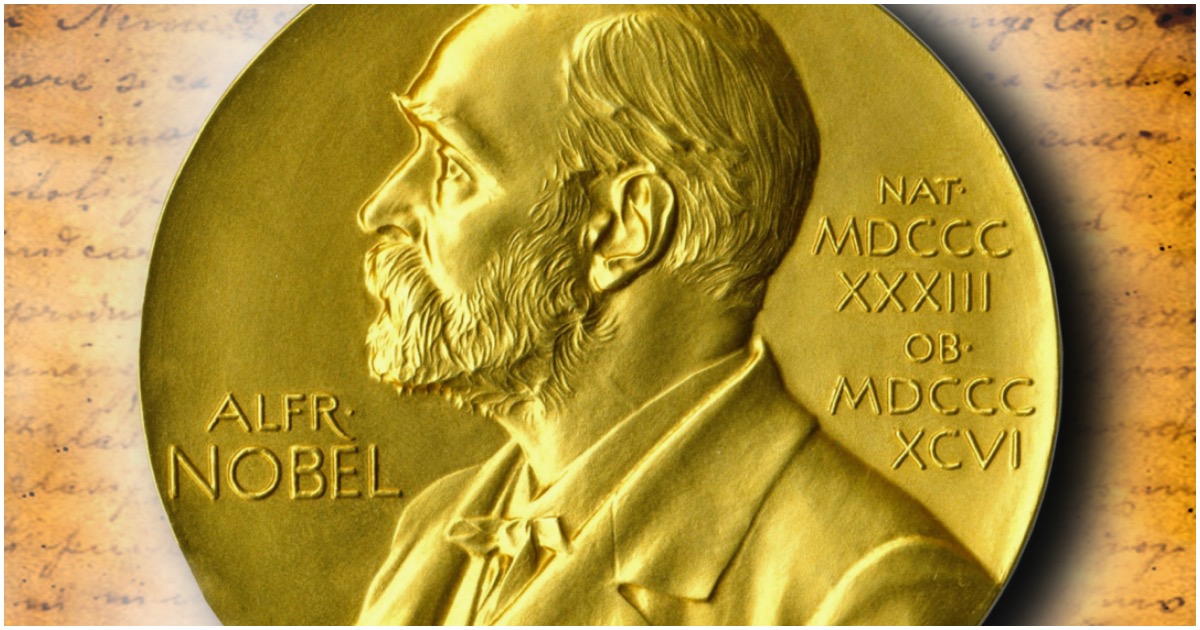 The following article, Why Won’t Trump the Peacemaker Win the Nobel Prize? — An Opinion Piece, was first published on Flag And Cross.

As I said, it’s not an academic question. It’s on the table today and every day. A Norwegian politician named Christian Tybring-Gjedde has just nominated President Trump for the Nobel Peace Prize. The nomination shocked the establishment. But should it? It wouldn’t if they rated America’s presidents the way Robert Spencer recommends.

“I’m not a big Trump supporter,” Tybring-Gjedde explained. “The committee should look at the facts and judge him on the facts – not on the way he behaves sometimes. The people who have received the Peace Prize in recent years have done much less than Donald Trump. For example, Barack Obama did nothing.”

He’s right. Obama campaigned saying he would get American troops out of Iraq but he triggered more wars than he ever stopped. He drone killed innocent civilians. He allowed ISIS to rise up, and turned Libya into a post-apocalyptic wasteland like something out of Mad Max. Obama also set Iran farther down the path toward obtaining nuclear weapons, while he lavished them with billions in untraceable cash. How does enabling an extreme autocracy and its violent terrorist proxies, Hizballah, foster world peace? The Nobel committee should have never granted Obama that prize and should hang their heads in shame now. Historians and the media continue to judge Obama a success, though. He won the Nobel Peace Prize, they say. The lens through which they view his and other presidencies may not be the right one to use.

The fact that Obama was even considered for the Nobel so early in his presidency, never mind that he won it, highlights the fact that the Nobel Peace Prize today is so hyper-politicized that it is essentially meaningless. The Nobel Peace Prize was once rewarded for truly extraordinary achievements that brought about real and lasting peace. Think of Egyptian President Anwar Sadat and Israeli Prime Minister Menachem Begin first establishing peace between their warring countries, and then being honored with the Nobel in 1978. Their countries have remained at peace with each other ever since. That Nobel prize honors real peace.

Obama winning it is more akin to the “everybody gets a trophy” mentality that is ruining our country. Now the Nobel Peace Prize is given to those who share the far-Left views of those who award it, while those who stand apart from the Left’s ideological camp and yet actually work effectively to bring peace are ignored. Trump, accordingly, though he has been nominated has no chance whatsoever to win the Nobel Peace Prize, no matter how transformative his efforts to bring about the accords between Israel and the United Arab Emirates are on the one hand, and between Serbia and Kosovo on the other hand, have been. Just recently, Saudi Arabia and Bahrain announced they will allow Israeli airliners to cross their airspace, knocking down a restriction that had been in place for more than 70 years. They did this because of the Trump-negotiated Israel-UAE peace deal. Trump has built up an astounding record as the first president in decades to not involve America in a new war. But the Nobel committee is likely to just look the other way. Maybe they’ll hand Joe Biden the prize, just because.

This reminds us of how much we take for granted that the gatekeepers in charge of worldly honors are all working from far-Left perspectives, such that only Leftists are ever recognized for their contributions no matter how spurious. This is true not just of the Nobel Prize Committee, or of European honors and awards; it is also true in the United States. The Oscars just turned themselves into quota-obsessed nose counters and will not even consider a movie for its Best Picture honor unless it meets certain arbitrary race- and gender-based criteria. As Mark Steyn noted recently, this marks the death of art in film if it stands.

The Left’s pollutive perspective has infiltrated virtually every conceivable field, even, or perhaps especially, our understanding of who we are as a people, and who we should be. As the Left steps up and more openly demonizes American heroes and paints American history as an unbroken record of racism and oppression, there is an increasingly urgent necessity today for a sober, balanced view of American history, one that does not bow to the Left’s sacred cows or take the likes of the New York Times’ biased word for it. This is where Robert Spencer and his new book come in.

Robert Spencer provides a whole new way to rank and rate America’s presidents in his enlightening new book, Rating America’s Presidents: An America-First Look at Who Is Best, Who Is Overrated, and Who Was An Absolute Disaster (Bombardier Books, 2020). Spencer’s indispensable book provides needed facts and context in the field of presidential politics, and offers a refreshingly patriotic overview of the entire trajectory of American history.

Spencer takes a brisk look at each of the nation’s presidents, giving us a helpful list of their major accomplishments and the principal events of each presidency. He evaluates each one, as the subtitle of the book suggests, on the basis of America-First principles. By that often-loaded phrase, Spencer makes clear that he means no more and no less than this: Did the presidential administration in question benefit Americans, or did it not?

This question is not as easy to answer as you might think. Did, for instance, admitting China into the World Trade Organization and giving it full normalized relations help Americans or hurt them? The answer is not straightforward and does not stick to partisan assumptions. Opening China presented problems for our top enemy at the time, the Soviet Union. But in later years China has presented an economic and strategic threat to the United States. Presidents of both parties dealt with the China issue. How did they do, and how did Americans fare due to those decisions?

Some of what Spencer finds will come as no surprise to anyone who isn’t fooled by the mainstream media: Barack Obama’s presidency was as hollow as his Nobel Prize. Obama left Americans worse off in numerous ways as the much-lauded president continued and intensified the internationalist policies of his predecessors that had weakened America militarily and economically. Trump, in the first three years of his presidency, moved with remarkable dispatch and efficiency to reverse a great deal of this and to restore the nation’s industrial and military power. He did this without entangling the military in any more internationalist adventures that serve no real national security purpose for the United States.

Rating America’s Presidents is also full of surprises. Heroes – at least according to the conventional wisdom up to now – such as Woodrow Wilson and Franklin Delano Roosevelt are rated extraordinarily high by historians and mainstream media journalists, while others who historians generally regard as failures and mediocrities, including John Tyler, Ulysses S. Grant and Warren G. Harding, rate well by America First principles. Grant, for instance, championed racial integration after the bitter Civil War. Wilson later re-segregated the federal workforce, presided over the Democrats’ introduction of racist Jim Crow laws, and helped revive the Ku Klux Klan, fostering racial strife we continue to suffer from today. Historians and the media tend to love Wilson and disregard Grant.

In the course of his evaluations, Spencer reveals indirectly that the policies Trump is implementing – high tariffs, strong border control, avoidance of unnecessary foreign entanglements – have always made America stronger and Americans more prosperous, while the seemingly unstoppable expansion of the federal government into areas in which it has no business or constitutional authority being involved, and the Wilsonian internationalism that so many of Wilson’s successors have energetically pursued, have only weakened our nation and endangered our people.

That is just some of what makes Rating America’s Presidents so important. In this age, when it has become fashionable to hate the land of our birth and our forefathers, Spencer’s book is a bracing reminder that America has indeed been great, and of what we must do to (in Trump’s indelible phrase) make it great again.

And the “everyone gets a trophy” must have ended when Trump was elected as seen by the fake news arm of the democrat political party? obama must have gotten his ‘award’ merely for being elected and his ‘trophy’ is about all that remains of his ‘legacy’.