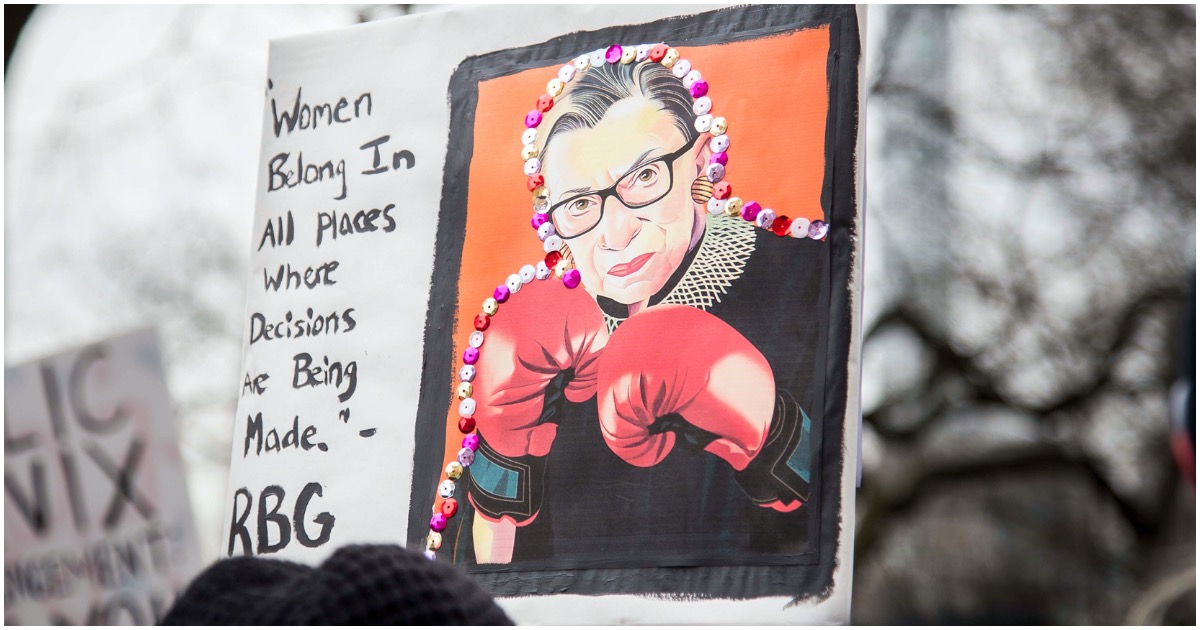 The following article, Ginsburg’s Dying Wish to Granddaughter: Do Not Fill My Seat Until After 2020 Election, was first published on Flag And Cross.

Unless it was captured on camera, we’ll never truly know what Ruth Bader Ginsburg’s dying wish really was. Her granddaughter might be playing politics here, but who knows for certain?

NPR reported that Ginsburg “dictated” the following statement to her granddaughter Clara Spera: “My most fervent wish is that I will not be replaced until a new president is installed.”

Here are reactions from the Twitter world on RBG’s passing…

We have lost one of the most extraordinary Justices ever to serve on the Supreme Court. Ruth Bader Ginsburg’s life and landmark opinions moved us closer to a more perfect union. And her powerful dissents reminded us that we walk away from our Constitution’s promise at our peril. pic.twitter.com/dDECiBxae6

Statement from the President on the Passing of Supreme Court Associate Justice Ruth Bader Ginsburg pic.twitter.com/N2YkGVWLoF

This is the scene at the Supreme Court tonight after the death of Justice Ruth Bader Ginsburg.

Thousands of people are gathered here, with hundreds sitting on the steps https://t.co/Cg9oNILOPx

Ruth Bader Ginsburg was confirmed 42 days after she was nominated by President Bill Clinton. @RealDonaldTrump's nominee should get the same speedy consideration by the Senate.

‘I feel really moved that she fought until the very end for American women’ — Mourners gather to pay tribute to Ruth Bader Ginsburg outside the Supreme Court in Washington, D.C. pic.twitter.com/ojpqFCcpUh

Mourners join in a rendition of "Imagine" by John Lennon as they honor the legacy of Supreme Court Justice Ruth Bader Ginsburg, the standard bearer for the court's liberal wing and a progressive icon. https://t.co/QcBKdeDxe2 pic.twitter.com/62Sh502TdS

Continue reading: Ginsburg’s Dying Wish to Granddaughter: Do Not Fill My Seat Until After 2020 Election ...

No one gives a rat’s ass what ginsfuk said on her death bed. I’m surprised she has a grand daughter, as she believed in killing babies. It’s a wonder she didn’t strangle the grand daughter after she was born.

But of course she & other liberals want the seat filled after they can steal the election thru voter fraud. Fill it now President Trump, the supreme court will be the only salvation America might have if the dems are not allowed to fill it with un-American liberal judges.