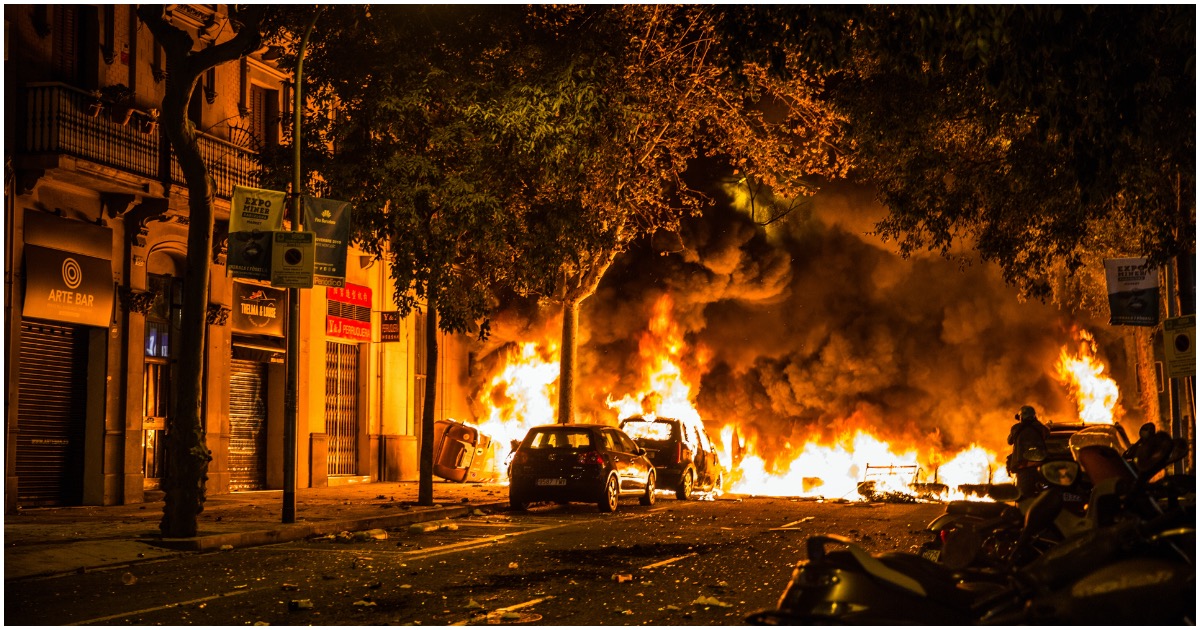 The following article, Former CNN Host: If GOP Attempts ‘to Replace RBG We Burn the Entire F— Thing Down’, was first published on Flag And Cross.

Senate Majority Leader Mitch McConnell has already made it clear: the Senate “will” vote on President Trump SCOTUS nominee before the November election. Mitch said the same thing, if a situation came to fruition, in 2019.

When it happens – and it will – expect the left to riot, possibly like never seen before.

And that’s saying something.

Thanks, Laura, for letting us know who has been behind the riots. https://t.co/32chOHcsmU pic.twitter.com/ErSvDSd6dl

You all have been threatening, and attempting that for 4 years now. This is a terrorist threat. Thanks to all the traitors to America for poking their heads out today. You make this all too easy for us. https://t.co/D917dCddj9 https://t.co/2GBCzlRxhY pic.twitter.com/yYfIuHCGin

"I hope Mitch McConnell would die or go brain dead. I mean from laughter, of course…" – Katie Herzog, not a monster. https://t.co/jONiNtUewi https://t.co/t628VG3H7B pic.twitter.com/O7sMRqL17Y

These people are messed up in the head.

Didn’t know there were so many idiot turds in America.
It takes a special kind of moron to burn down your own chit

With threats like this the president ought to declare marshall law and use the military to quell the violence. And use live ammo if necessary. These people are not law abiding American citizens. They are trying to start a country of their own . They ought to be considered treasonous illegal aliens and treated as such…I am all for protesting for a worthy cause but not for breaking the laws of the land to protest…

There are places they can go that already have governments like they are rioting, burning, looting and killing to get — China, Venezuela, Iran — so go, be happy and you won’t have the stress of living in a republic, where they don’t arrest and shoot you for threats like that. And what “whole thing” is he going to burn down? Please go to a state run by Democrats as they agree with you.

LMAO….the moron left have been burring things down for over a year. I love watching DemonRATS burn each others things down. That’s Joe Biteme mentality.

Appears the “former host” was even too communistic and radical for even cnn? And these liberals must believe that they can force America to bow to their demands with their threats? Time to take our country back and start prosecuting those people trying to destroy our country.