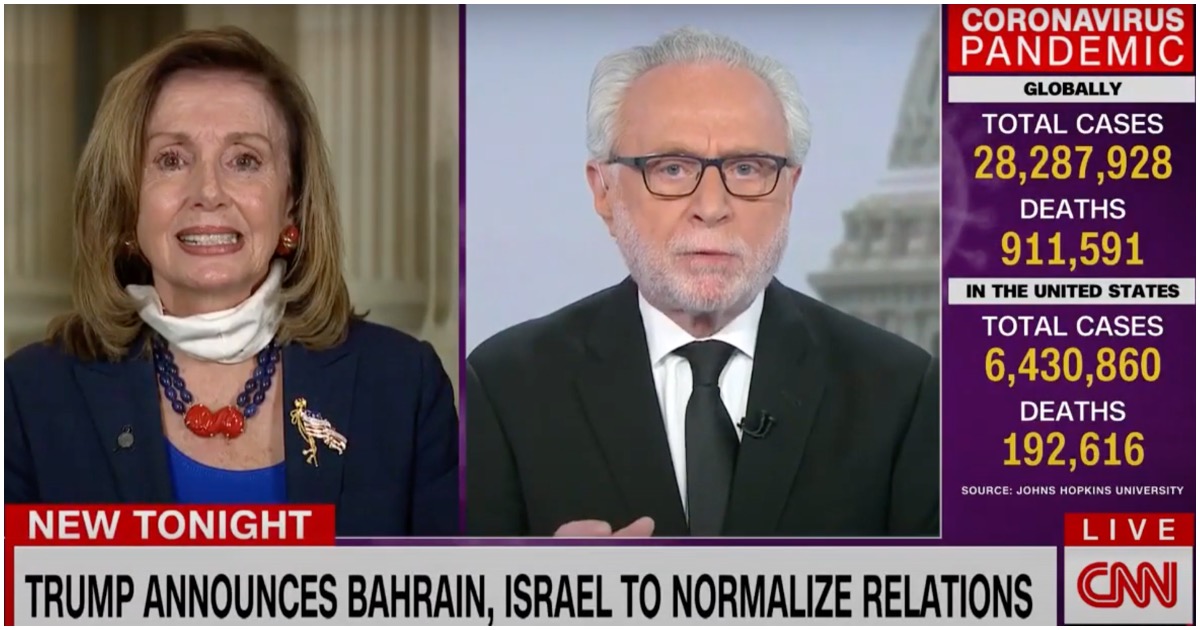 She is one of the faces of the left. Her actions indicate she hates her country. She is pure evil. Her name is Nancy Pelosi, a “Catholic” who is cool with abortion.

Nancy went on CNN with Wolf Blitzer to call the Trump administration’s historic peace deal between Bahrain and Israel (among other recent peace deals) a “distraction.”

She said first Democrats will have to address the coronavirus pandemic as she panned President Trump’s and the GOP’s response as falling way short. But she said climate change legislation will be “an early part of the agenda” if Democrats are in power in 2021.