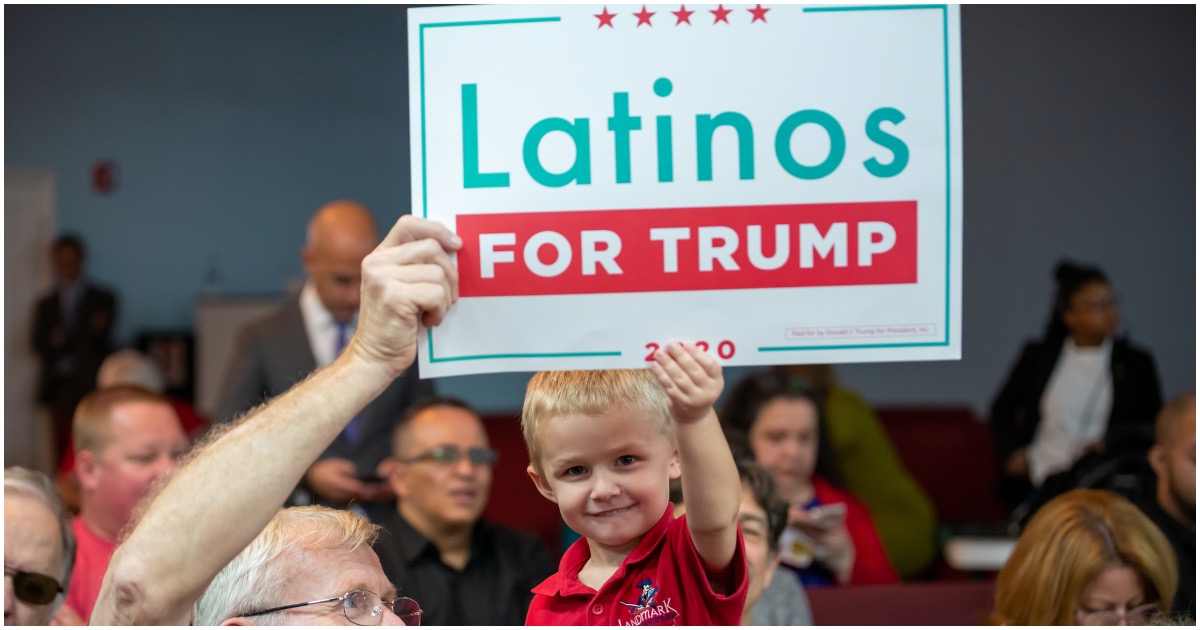 The following article, Busted — CBS Pawns Off Photo of ‘Latinos for Trump’ Rally As An Event for Joe Biden, was first published on Flag And Cross.

The first presidential debate between Donald Trump and Joe Biden is set for Tuesday, September 29. But who knows if it will actually take place, considering even Democrats know Joe will come away looking like a goof after POTUS mops the floor with him.

Now, imagine this: what if Biden just so happens to “catch” COVID-19 two or three days before the debate. Could you see it happening?

Check out CBS doing its best to keep liberal voters in the dark.

On the right side of the picture are a bunch of Latinos at a Trump rally. On the left side, well, just read the caption…

CBS stole a Photo from Latinos for Trump in Phoenix and tagged it as a Biden event. #fakenews @DonaldJTrumpJr @charliekirk11 @drewsexton23 @kelliwardaz #LeadRight pic.twitter.com/Pmz1dt83Hv

Thanks for nothing, liberal media.

A series of Latino speakers thanked President Donald Trump for economic gains on his watch and a love of the country that they said stands in contrast to the political left.

The speakers, part of an event called Latinos for Trump, offered a message often overshadowed by other Hispanics more supportive of Democrats.

“Latinos are conservative. They just don’t know it,” said Sergio Arellano, who leads Latino outreach for Republicans in Arizona. He called Trump’s policies “music to my ears.”

Continue reading: Busted — CBS Pawns Off Photo of ‘Latinos for Trump’ Rally As An Event for Joe Biden ...

Dems sure are desperate.