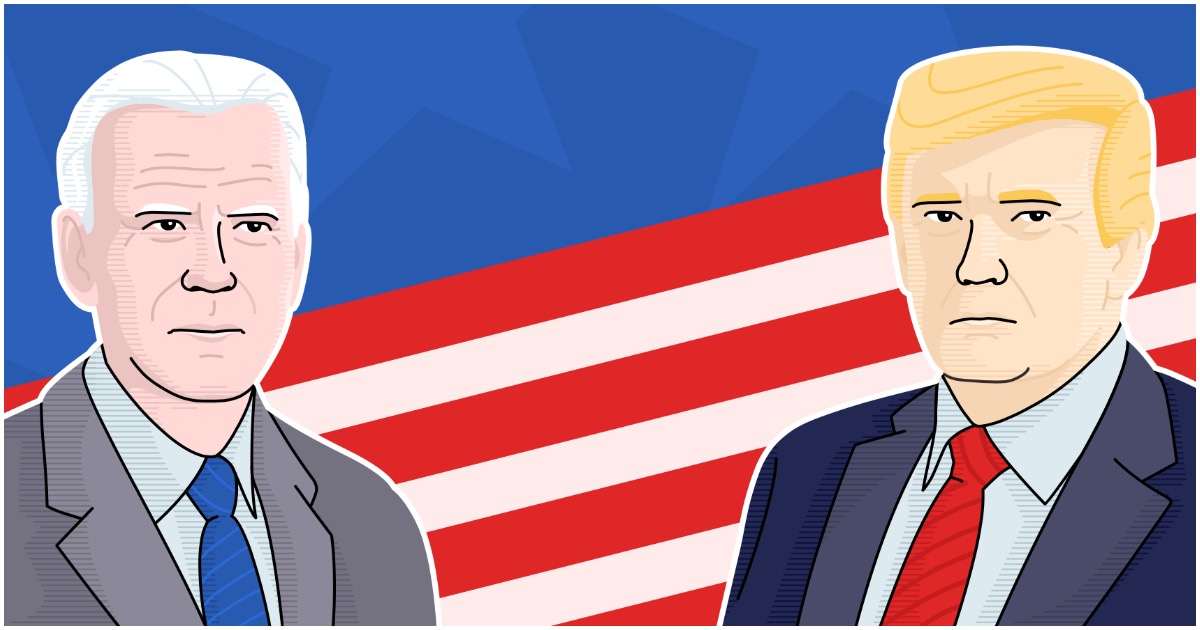 The following article, Americans Set to Choose Between Freedom Or Tyranny & Performance vs. Personality (Opinion), was first published on Flag And Cross.

There was a great opinion piece written over at Bull Elephant, discussing the primary differences between the GOP and President Trump, and Democrats and Joe Biden.

It’s worth the read.

Here’s how the article begins…

President Trump, Vice President Mike Pence and other speakers laid it on the line at the National convention with the message — “Joe Biden is a Trojan horse for the radical Left.”

Americans who have fallen prey to the Leftist messaging about Trump’s personality, style, tweets and autocratic style, should take note.

Biden cannot win or govern without the radical Left Democrat Socialists who have overtaken his party. The Sandersistas have defeated establishment Democrats across the nation in House primaries and many local races, and they are here to stay.

Continue reading the opinion piece at this link.

A reporter approached @JoeBiden to ask a question and a member of his staff told the reporter to leave, and when the reporter explained that they were just doing their job, the staffer said she was too. The staffer then took a photo of the reporter.

This second reporter tells me the staffer physically invaded their space to the point that the reporter could smell the staffer's ponytail.

A THIRD reporter just told me that a staff member physically put their body between @JoeBiden and the reporter, moments ago at this rally in Des Moines.

This third reporter just told me that the @JoeBiden staffer blocked his camera shot by putting up her hands.

@JoeBiden staffers just tried to remove us from what appears to be a public lot, said we could not ask questions. pic.twitter.com/NsaEyBmICw

While getting the video I just shot of Biden calling for Barr to resign, a @JoeBiden staffer physically placed her body between me and the candidate, causing me to bump into her.

I cannot express how difficult it was to get this video. @JoeBiden staff moved his motorcade THREE TIMES to avoid us, and he eventually went through what appeared to be a TUNNEL to a nearby Jimmy John's to dodge our questions.