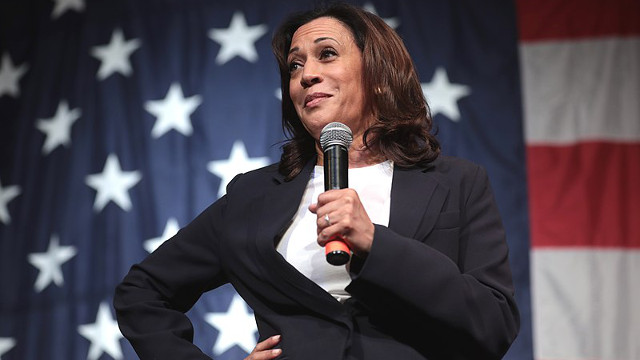 The following article, Kamala Harris Makes Major Slip-Up By Accidentally Touting Plans For A ‘Harris Administration’ During A Virtual Roundtable, was first published on Flag And Cross.

There has been much in the way of speculation that vice presidential nominee Sen. Kalama Harris was being groomed by the Democratic Party to take the big chair in the Oval Office due to Joe Biden’s seemingly decreased cognitive abilities.

Folks have spread the rumor that the party is simply using Biden to win the White House, in which he will soon step down from office, allowing Harris to take over.

Well, it’s not so easy to dismiss this idea as a conspiracy theory after Harris made a rather big slip-up during a virtual roundtable, unveiling plans for a “Harris administration.”

Speaking during a virtual roundtable with small business owners in Arizona, Harris vowed that they will have an ally in the White House with the campaign’s “Build Back Better” initiative.

However, the California senator appeared to briefly suggest that she was at the top of the Democratic ticket.

“A Harris administration, together with Joe Biden as the president of the United States,” she said. She quickly clarified, “The Biden-Harris administration will provide access to $100 billion in low-interest loans and investments from minority business owners.”

"A Harris administration together with Joe Biden…"

Biden has demonstrated a lot of strange behavior over the past year, especially during interviews and speeches. He seems to be confused a lot, losing his train of thought during simple questions, forgetting the question altogether, or rambling incoherently about things that have nothing to do with the conversation at hand.

This has left many individuals wondering if the real presidential campaign isn’t Harris for president with the party taking advantage of Biden’s name recognition and experience as the former vice president to defeat Trump in November.

Could this really be their plan? Is the Democratic Party, should they win in November, going to have Joe Biden step down due to dementia, and allow Harris to sit in the Oval Office? Is that, perhaps, why they worked so hard to make him the official nominee in the first place? To have an excuse to remove him and place who they really want in office?

It sounds far-fetched, but if this year has taught us anything, it’s that truth is often stranger than fiction.

LOL…trust me, that wasn’t a slip up.

It sure wasn’t and we all know it.