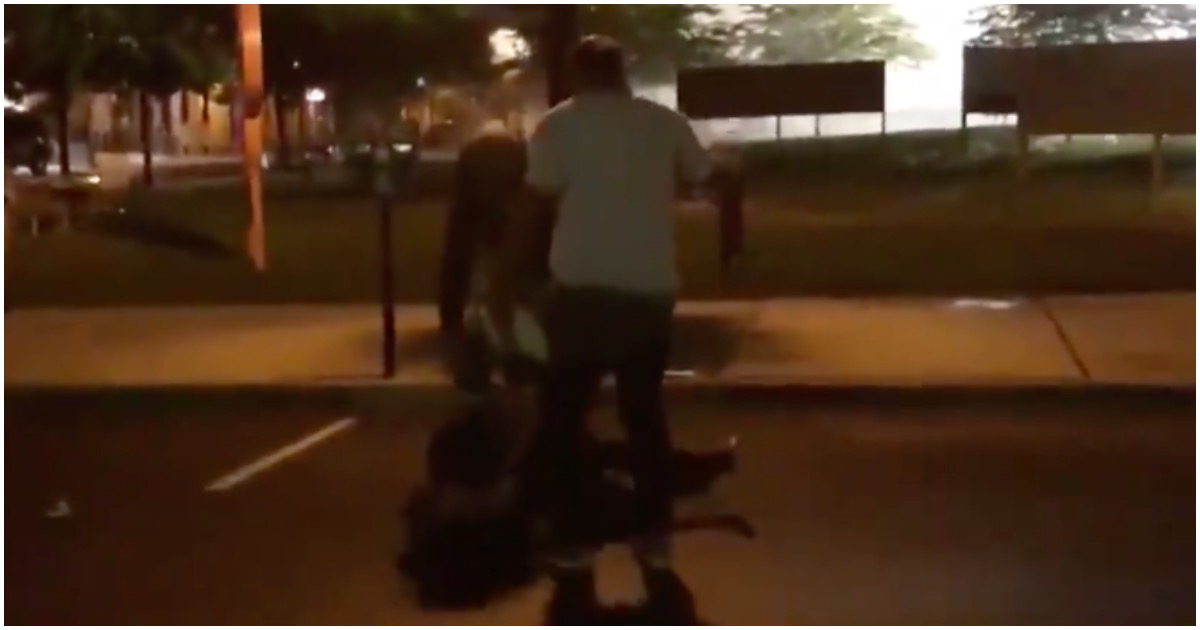 President Trump needs to put an end to this “Black Lives Matter” nonsense very, very soon. If not, the country will continue to see more violence, harassment, and carnage.

BLM is comprised of nothing more than anti-American radicals who want to see the nation burn. The worst part is that they blame police officers for every single problem, whether or not cops were even at fault.

Check out this protester getting pelted with a rubber bullet in a place that no man wants to be hit – unless you’re Steve-O.

BLM rioter in Lancaster, Pa. is hit in the groin with an impact munition by police. He falls down and screams. Video by @livesmattershow: pic.twitter.com/2SDbyQMbpw

Ricardo Munoz, the man who died in the officer-involved shooting in Lancaster today that Black Lives Matter is rioting over, has a history of stabbing people. In 2019, he stabbed four people, including a teenager. pic.twitter.com/8SA9UwtPqy

Ricardo Munoz is yet another violent man who was in the process of attacking a woman when cops showed up and had to kill him in self-defense. BLM really loves men who abuse women. All of their recent heroes are woman beaters or worse.

Tonight in Lancaster, protesters are calling out police to a skirmish pic.twitter.com/j6WuJ8xZzu

PENNSYLVANIA: BLM protesters move closer to police who are now putting on riot gear for a possible counter offensive pic.twitter.com/fTu3w9sJqG

BREAKING: officers quickly move to secure a detective vehicle that Antifa destroyed in order to secure the weapons locked inside

The swift action shows how much of a threat they thought it would be if BLM rioters obtained the firearms pic.twitter.com/zv43rWkrDD

This happened a long time ago. It should have been a lead one.