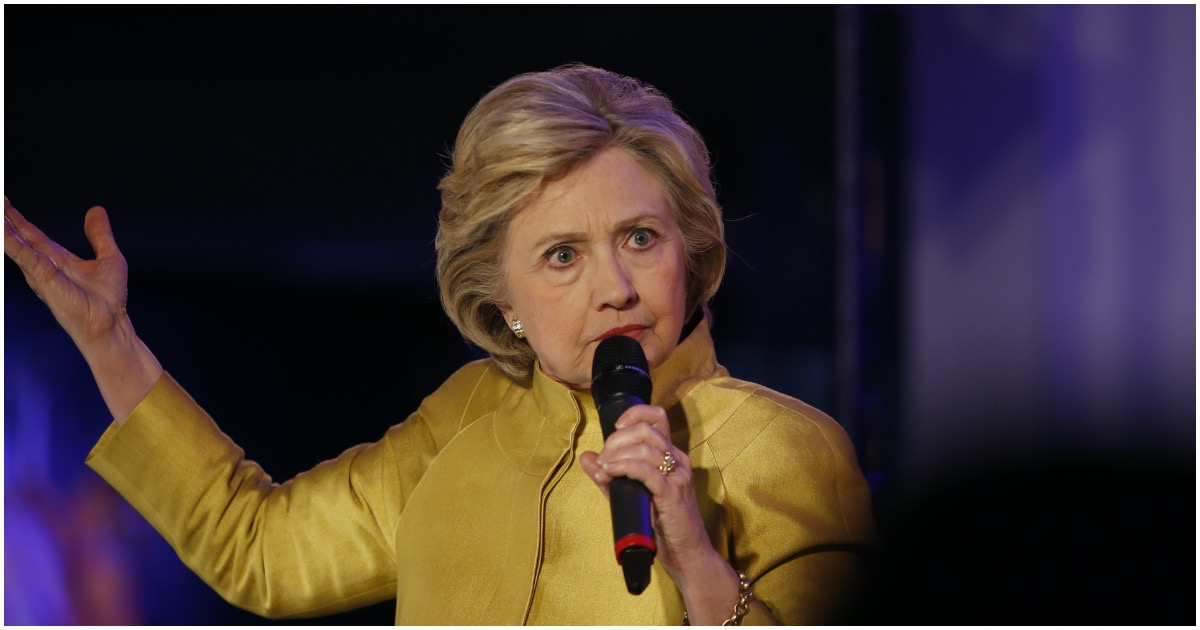 The following article, Hillary: We Deserve POTUS Who Cares If Americans ‘Live or Die’ — Instantly Reminded of Benghazi, was first published on Flag And Cross.

Hillary Clinton will forever be remember for the Benghazi incident where where four Americans were killed at a U.S. compound in Libya. Actually, it is just one of a handful of scandals for which she’ll be remembered.

While attempting to badmouth President Trump, the twice-failed Democrat presidential candidate wound up with egg all over her face.

She just doesn’t get it yet.

We deserve a president who cares whether his fellow Americans live or die.

This she-devil is a special kind of sociopath. https://t.co/1MuhBdRPoc

For some odd reason, Clinton still remains a popular figure in the collective liberal eye. When asked if she’d beat Trump in another head-to-head matchup, Clinton didn’t hesitate.

During an interview on the “Awards Chatter” podcast, former Democratic presidential nominee Hillary Clinton talked about her documentary series “Hillary,” which the Critics’ Choice Real TV Awards named as the year’s best limited documentary series back in March, according to The Hollywood Reporter. But when the podcast host asked Clinton whether she would win in a rematch election against President Donald Trump, she didn’t hesitate to offer her thoughts.

“Yes. But I think people believe that this is a referendum on him,” said Clinton, who lost the 2016 election by 70 electoral college votes.

She added, “You know, when he ran before, people who knew him mostly knew him from reality TV. He’d been in their living rooms, and he was a businessman, and he looked like a billionaire, and he rode around in his big plane and all of that. So they kinda thought, ‘Well, hey, you know, give the guy a chance. Let’s see what he can do.’ And now everybody, I think, knows what the consequences of that have been.”

The consequences of Trump being elected president in 2016 have all been positive results for the nation. The economy is in good shape, unemployment is down, the U.S. is respected world wide again and we have a strong military again. What more can we ask for. We don’t need leaders like Hillary that let Americans get slaughtered and then claim a leader like Trump will not care if Americans live or die.

Thought old hillary’s concern consisted of “what difference does it make that four Americans were murdered” as she was too busy to have them rescued.