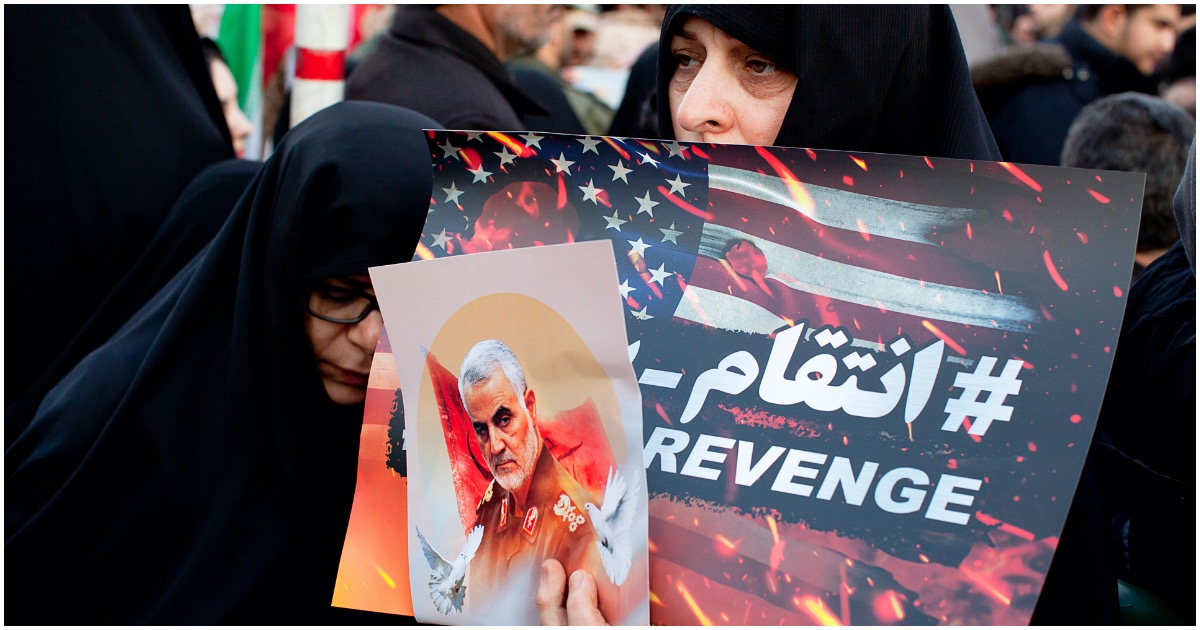 The following article, Iran Looks to Avenge Soleimani’s Death, Plot to Assassinate US Ambassador to South Africa, was first published on Flag And Cross.

Iran might be looking to take out Lana Marks because she has been a close friend of President Trump’s for 20 years. Maybe they’re thinking it would get under his skin more than assassinating an ambassador he isn’t exactly close to.

At the same time, Iran seems to forget who they’re dealing with.

If they think POTUS will let an assassination attempt slide, they’re dead wrong.

Marks, 66, was sworn in as the U.S. ambassador last October. She’s known Trump for more than two decades and has been a member of his Mar-a-Lago club in Florida. Critics of Trump have derided her as a “handbag designer,” but her supporters retort that she is a successful businesswoman — her eponymous handbags run as much as $40,000 — with numerous international connections. A personal friend of the late Princess Diana, she also was born in South Africa and speaks some of the country’s key languages, including Afrikaans and Xhosa.

The intelligence community isn’t exactly sure why Iranians would target Marks, who has few, if any, known links to Iran. It’s possible the Iranians took her long friendship with Trump into consideration, the U.S. government official said.

On April 1, President Trump made clear that Iran was planning a “sneak attack” on American troops and assets in Iraq.

The worst part is that Congressional Dems refused to give more aid to American small businesses.

Sen. Dianne Feinstein, D-Calif., has urged President Trump to reverse a reported plan to block an Iranian request to the IMF for $5 billion in aid to fight the coronavirus crisis — saying it is in the U.S. national interest to accede to the request.

The coronavirus has hit Iran hard, with the potential for even greater spread in the region. In the interest of international security, President Trump should support Iran’s request to the IMF for emergency funds to contain this virus. pic.twitter.com/yWD3kD9Qem

Why would Iran advertise their plan to do something? I think it is just to put the U.S. on alert and nothing will be done. I am sure that they know that the U.S. would retaliate ten fold for something like that…..

Perhaps it’s time to get some more ‘hellfires” ready….