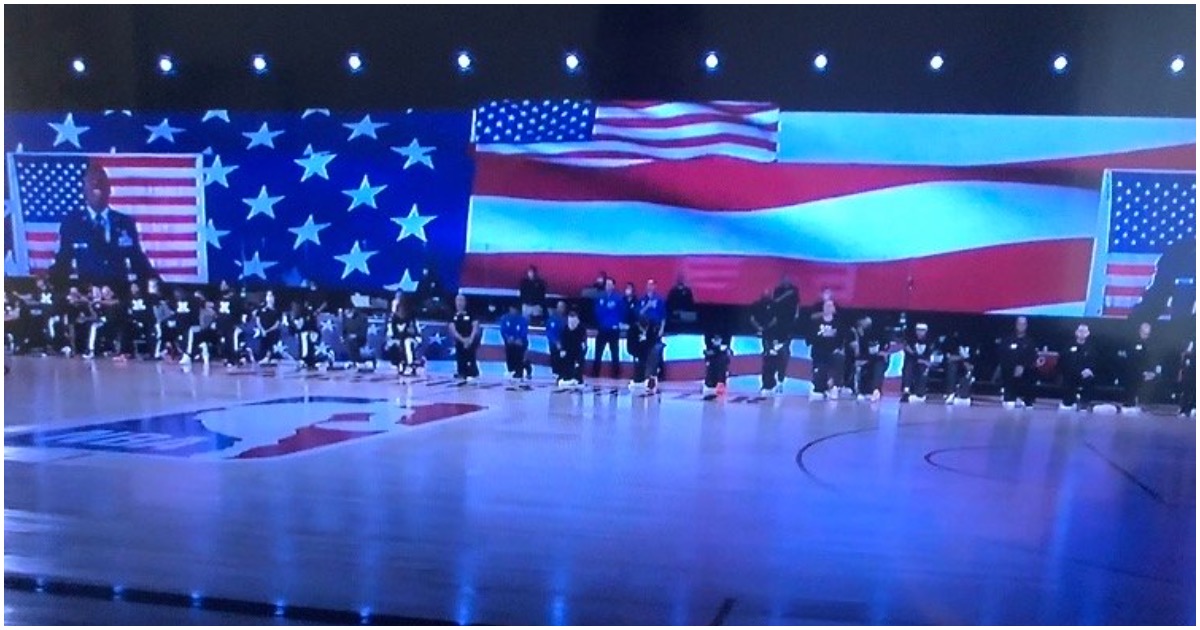 The following article, NBA Players Take Knee During National Anthem On 19th Anniversary of 9/11 Terror Attacks, was first published on Flag And Cross.

The fact that sports league commissioners are allowing players to turn games into messages for social justice shows exactly who is in charge – and it’s not the adults.

Taking a knee during the national anthem should never be allowed, nor respected.

Even though these NBA players stood for a moment of silence to commemorate the 19th anniversary of the 9/11 terror attacks, they still knelt once the Star Spangled Banner began playing.

Everyone knows why @nba kneels. On a day we remember the lives of the 2,996 lives lost, these guys kneel while a service member honors the flag with the anthem. I wish they would understand and know why #UnitedWeStand pic.twitter.com/YML7OWBr6n

Keep digging your own grave @nba and Adam Silver. Letting these entitled guys take a knee on #9/11. Be ashamed. Losing more and more viewers because of the constant disrespect.

NBA players kneeled during the national anthem on the anniversary of 9/11.

They couldn’t even stand to honor the heroes who sacrificed and died. It’s disgusting.

Let me elaborate, fuck them niggars……