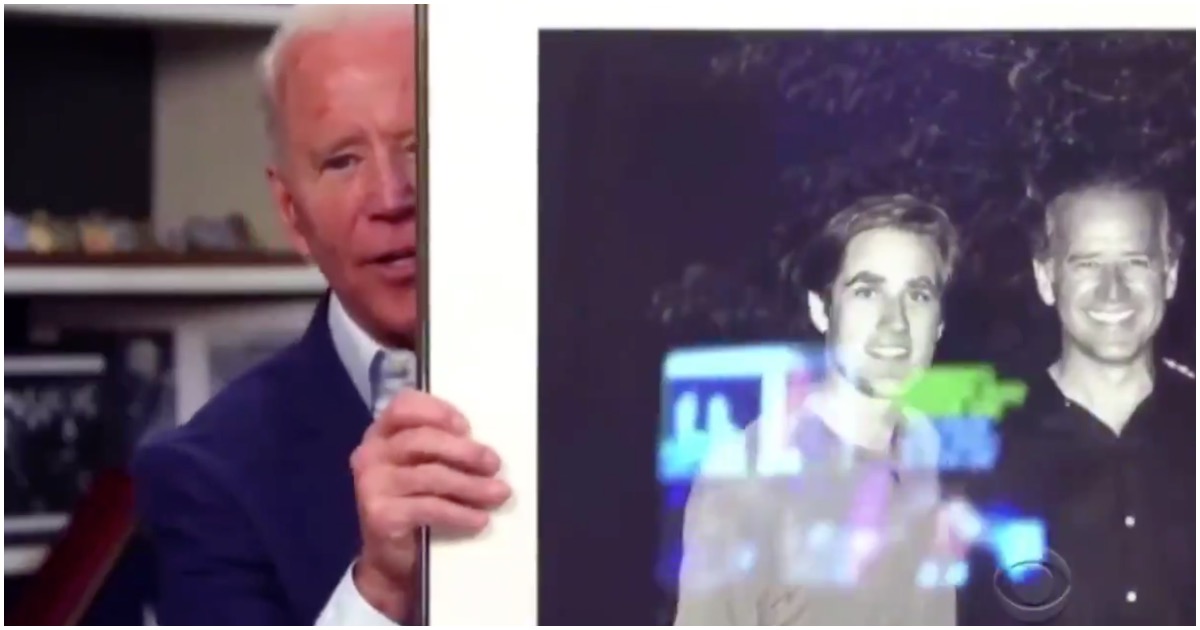 The following article, Exposed: Biden May Have Accidentally Revealed He Uses Teleprompter During Interviews, was first published on Flag And Cross.

The press sec refused to answer the question, obviously because he didn’t want to reveal the true answer – which is yes.

But it doesn’t matter. Joe pretty much confirmed he always needs a teleprompter, even for the most basic of sit-downs.

The Democratic presidential nominee appeared on “The Late Late Show with James Corden” on April 21. During the virtual appearance from Biden’s basement, an eagle-eyed viewer noticed an intriguing detail.

Biden displayed several framed photographs of his family. Biden shared a very large framed photo of himself with his two sons, Hunter and Beau, when they were in college. When the former vice president held up the frame to the camera, a reflection of what appears to be the text of a teleprompter shows up on the glass of the picture frame.

Joe Biden was using a teleprompter for an interview with James Corden. pic.twitter.com/wqBrhqNVHW

Back to the basement, Joe!

Continue reading: Exposed: Biden May Have Accidentally Revealed He Uses Teleprompter During Interviews ...

I doubt if the lunatic left cares if Biden uses a teleprompter. He promises free everything, no laws, no punishment, no jails, take what you want society with only high taxes for the fools who are still working who will be expected to pay for all of this. It’s hello banana republic if he is elected, perhaps even worse, it may be N. Korea or Nazi Germany for any who dare disagree with their agenda.