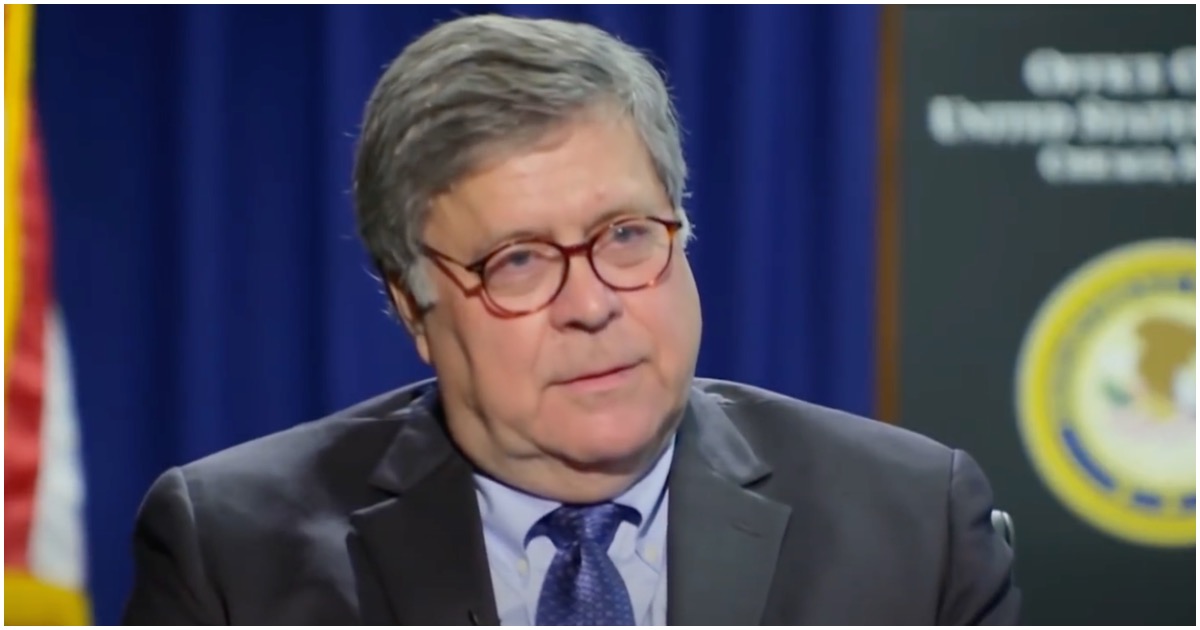 The following article, Bill Barr Lashes Out — ‘Mainstream Media’ Filled With ‘Overwhelming Majority’ of ‘Liars’, was first published on Flag And Cross.

AG Bill Barr just said publicly what millions know to be true and far too many are unwilling to admit. The mainstream media, largely comprised of far-left hacks, is dishonest with the American people.

It’s just too bad that liberals won’t come out and say it. They’re too hungry for power.

Attorney General William Barr unloaded on the media during an interview with Town Hall on Friday, saying that the media’s dishonesty was highly corrosive to the nation and that most in the industry are liars.

“They’re basically a collection of liars. Most of the mainstream media,” Barr said. “They’re a collection of liars and they know exactly what they’re doing. A perfect example of that were the riots. Right on the street it was clear as day what was going on, anyone observing it, reporters observing it, it could not have escaped their attention that this was orchestrated violence by a hardened group of street fighting radicals, and they kept on excluding from their coverage all the video of this and reporting otherwise, and they were doing that for partisan reasons, and they were lying to the American people. It wasn’t until they were caught red-handed after essentially weeks of this lie that they even started feeling less timid.”

Barr added, “The press has dropped, in my view—and I’m talking about the national mainstream media—has dropped any pretense of professional objectivity and are political actors, highly partisan, who try to shape what they’re reporting to achieve a political purpose and support a political narrative that has nothing to do with the truth. They’re very mendacious about it. It’s very destructive to our Republic; it’s very destructive to the Democratic system to have that, especially being so monolithic. It’s contributing to a lot of the intensity and partisanship.”

Mr Barr merely saying what Americans already know about the decline of what previously was called news agencies.

WHAT media? All we have in our media aka The Ministry of Truth 1984, is almost all propaganda arm of the Democrat party. The left has 3 big soapboxes to preach from, Hollyweird, their media and the entire educational system. They are VERY good at what they do, if this was not so the US would not be in the mess we are having now.