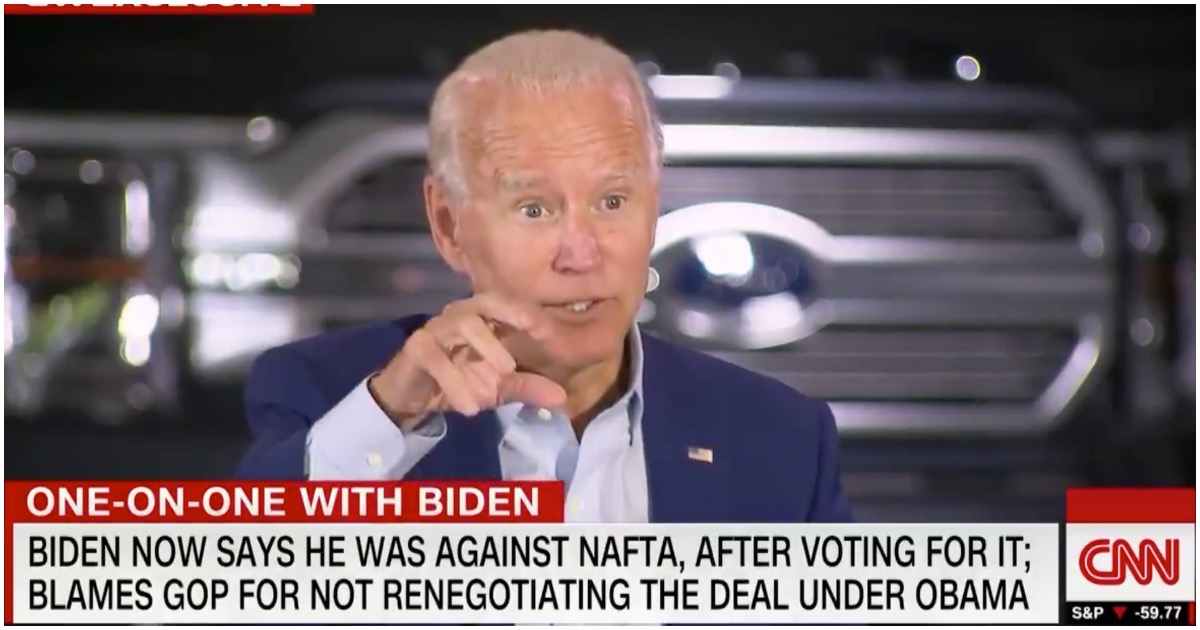 The following article, Biden Admits That Trump’s USMCA Is Better Than NAFTA During CNN Interview (Video), was first published on Flag And Cross.

Something a presidential candidate shouldn’t be doing this close to voting day is agreeing with his opponent. It’s just bad optics.

And considering President Trump already has a big advantage as the incumbent going into November, siding with POTUS on any issue just makes Joe look like even more of a goof than most people already think he is.

Darn joe, you know you’re supposed to only read the teleprompter and what your puppeteer puts on it…..