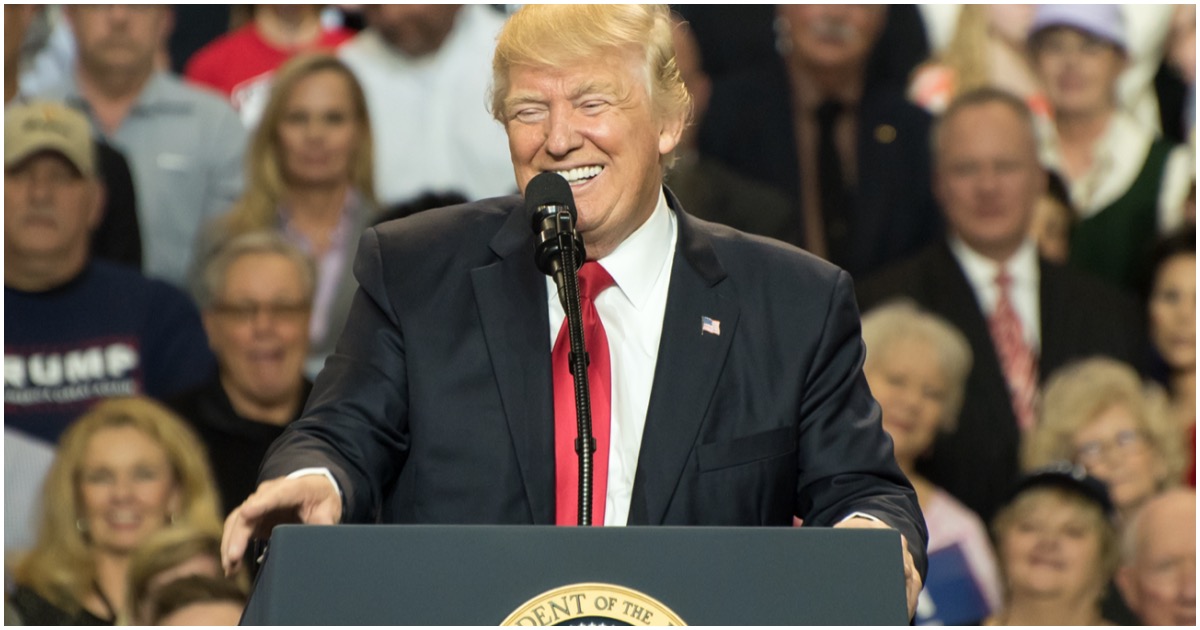 The following article, Just Like In 2016, The Only Candidate That Can Save America Is An Outsider (Opinion), was first published on Flag And Cross.

President Trump was always rumored to be considering a run for the presidency long before he took that fateful trip down the escalator at Trump Tower in 2015. He was famously asked in several interviews during the 1980’s by people including Rona Barrett and Oprah Winfrey, whether he would ever run for the nation’s highest office and always either denied interest or gave an inconclusive answer.

But as a businessman, in particular one with international interests, he had to have watched the foreign policy positions taken by the US in the 40 years or so prior to his 2016 run and thought to himself, “What are we doing to ourselves?”

And with the front-row seat a man of his affluence was afforded, he must of also sized up the political elite as he rubbed elbows with the Clinton’s and Bush’s of the world and though, “I can do better than this.”

And doing better, or at least trying to, despite the obstruction of an all too often uncooperative congress has been the theme of this administration as President Trump seems tireless in his effort to “make America great” even if that appears to be at times, an insurmountable uphill climb.

And that uphill climb has been only complicated by China, which is clearly more powerful and dangerous to American interests than in any other time in history. But a quick review of US policy towards the “Red Dragon” proves that the biggest culprit(s) in the rise of China have been the policy makers at the helm of US diplomacy during the 4 administrations previous to Trump’s.

In 1986, the US made the fateful decision to fast-track China’s reintroduction to the Global economy when politicians like then Vice President George H.W. Bush allowed the communist nation to achieve “observer” status with the predecessor to the World Trade Organization (WTO), the General Agreement on Tariffs and Trade (GATT).

Eventually, China joined the WTO in 2001 after President Bill Clinton signed the U.S.–China Relations Act of 2000 in October of 2000. This bill granted China permanent and normal trade relations (NTR) status.

These historic missteps were enabled by presidents from both sides of the aisle, but it was “Bush 41’s” administration that in addition to helping form the WTO, also steered America towards globalism.

This shift happened despite efforts from labor unions to intercede as they were well aware of the possible ramifications of a legitimized China (and its cheap labor) to the American workforce.

As a result of America’s new “China Doctrine,” almost 6 million American manufacturing jobs were lost between 1999 and 2011. And additionally, China has continually used its technological and manufacturing reach to execute cyberespionage campaigns against the world, leading US Secretary of State Mike Pompeo to question the level of involvement the Asian superpower should have in the building of new 5G networks around the world.

Last winter, there were reports that the China-made android phones the US government distributes to low income families were infected with spying capable malware and just a few weeks ago, a report from CNN cited another incident involving Chinese cell phone manufacturer Tecno, who sold phones to customers in Ethiopia, Cameroon, and Ghana that contained China developed Triada malware. This strain of malware drains mobile data and forces users onto unwanted subscriptions while also collecting personal data.

China is a threat to the rest of the world and President Trump understands it as well as anyone in DC. He saw the dangers posed by them and has worked to call them out, while politicians like Joe Biden have already presented an alternative strategy that sees the easing of tariffs and other methods of appeasement. As America works to regain her footing post COVID-19, the only way to slow the rising red communist tide is another 4 years of President Trump.

Julio Rivera is the Editorial Director for ReactionaryTimes.com, a political columnist and commentator, and a Business Strategist.

Continue reading: Just Like In 2016, The Only Candidate That Can Save America Is An Outsider (Opinion) ...