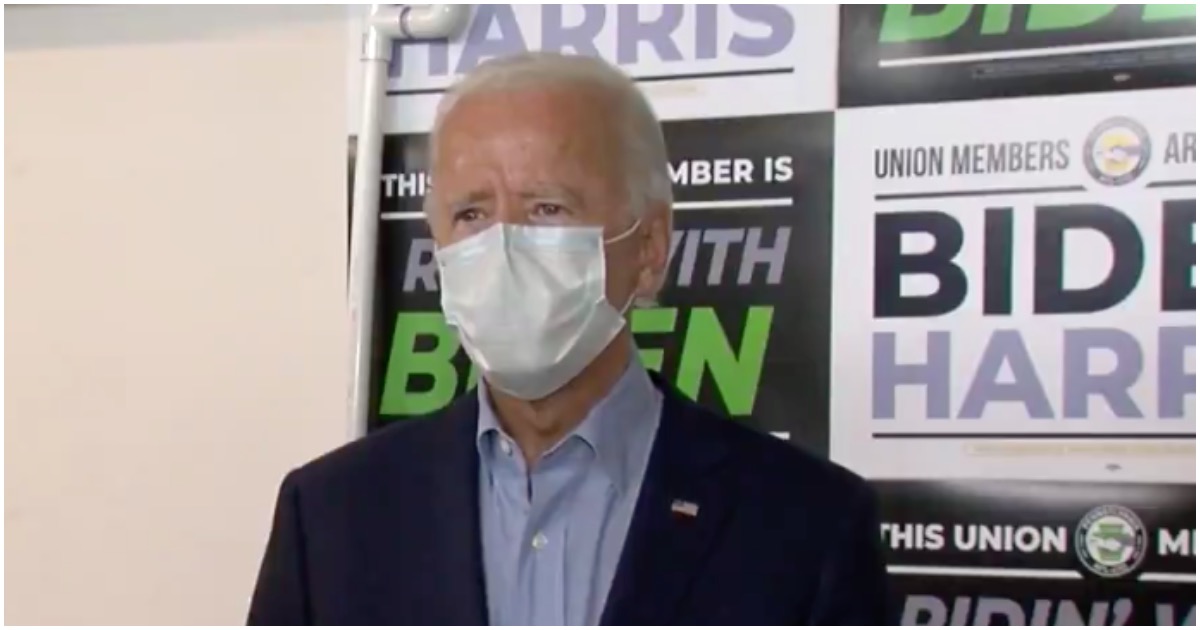 The following article, Biden: ‘The Only Person Calling to Defund the Police Is Donald Trump’ — WATCH, was first published on Flag And Cross.

Joe Biden has made some outlandish statements over the years, but this one might just take the cake. It’s like the 2020 Democrat presidential nominee doesn’t hear himself when he speaks.

If he did, he’d stop talking.

Trump wants to defund the police, huh, Joe? Okay, then.

.@JoeBiden: “The only person calling to defund the police is Donald Trump.” pic.twitter.com/CKi51jaXOS

"I’m the one calling for $300M more for local police, for community policing … The only person calling to defund the police is Donald Trump. Look at his budget. He calls for cutting police funding for local — state and local help by $400 million. Once again, he’s pathological.”

Biden on his earlier vow to ban fracking: "I never told the environmentalists that I’m going to ban fracking, period! Number one. Number two, it’s a fat lie about what President Trump is saying." pic.twitter.com/QeIVOIo2Tq

Check this out, from back in July — via Fox News:

Continue reading: Biden: ‘The Only Person Calling to Defund the Police Is Donald Trump’ — WATCH ...