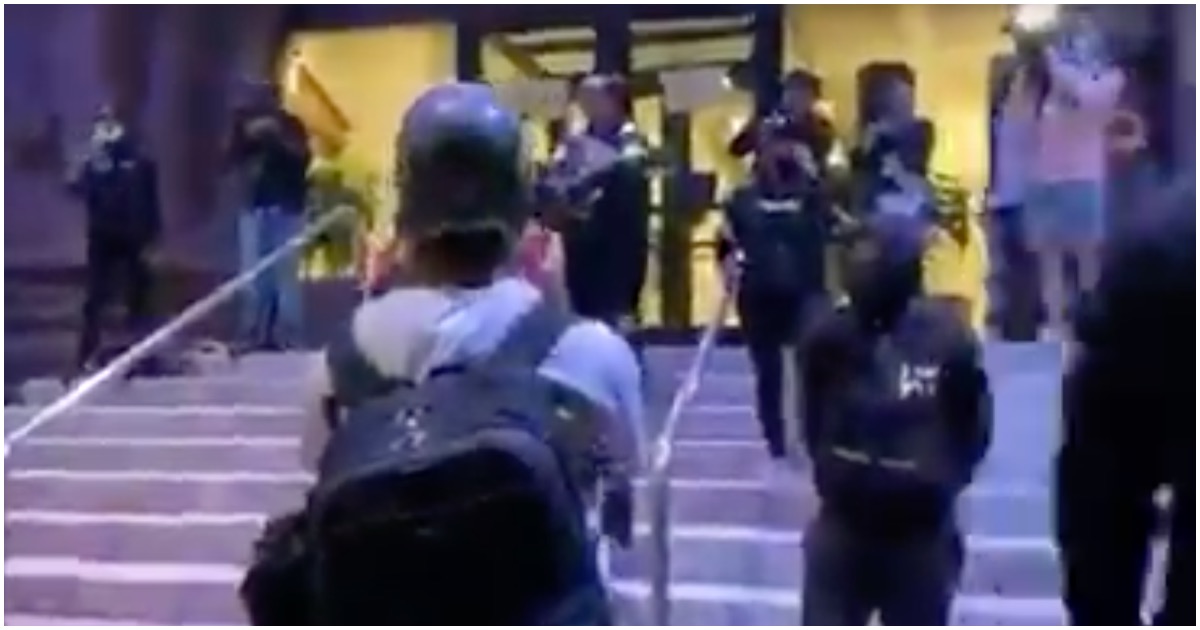 The following article, Rochester Black Lives Matter Leaders Order White Protesters to Be Their Human Shields, was first published on Flag And Cross.

For some reason, only black criminal lives matter to BLM and the far-left mainstream media. Black baby lives mean next to nothing, while white lives matter even less than that.

By ordering liberal white protesters to be their human shields, black BLM leaders are knowingly declaring that white lives don’t matter – at all.

Similar tactics have popped up during protests and riots in places such as Portland, Ore., and Louisville, Ky. Protesters in Rochester were seen forming their own variation last week as organizers screamed for “white shields” to form a protective circle around black protesters. The strategy is designed so that the white people on the perimeter will receive the brunt of whatever police response comes, if one comes at all, based on the idea that because someone is white, they are less likely to be met with force by police.

Protesters and organizers have shields, umbrellas, plastic guards, etc. I heard organizers say they have organized plans for the police tonight. #ROC pic.twitter.com/xQrPZqe4ID

Those ‘white’ protesters are showing the world that they are a bunch of morons being used by the blm criminals, as cover while looting, burning & killing.