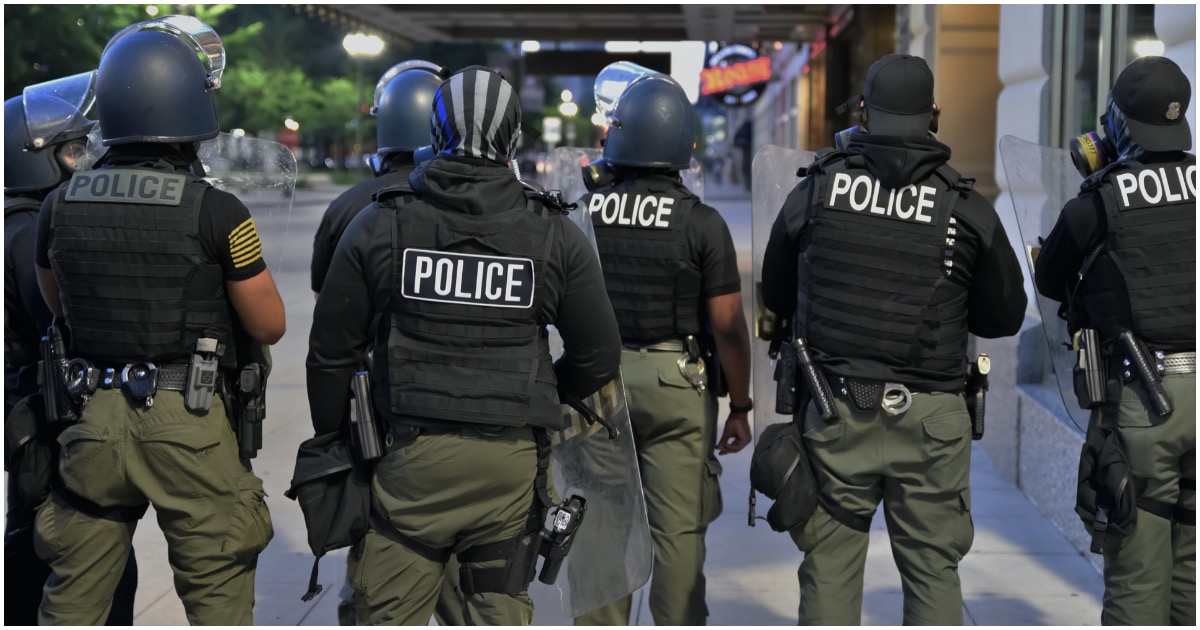 The following article, Judge Rules Detroit Cops Cannot Use Batons or Tear Gas On BLM Rioters — No Matter What, was first published on Flag And Cross.

BLM and antifa rioters aren’t in the streets merely to exercise their First Amendment rights. They are causing an uprising because they hate the United States of America.

Not just that, they want to see her burn.

A Detroit judge ruled late last week that the Detroit Police Department cannot use non-lethal means to handle anti-racism and anti-police brutality protests that descend into chaos — at least for the next two weeks — and Detroit’s anti-police activists are looking to make the ban permanent.

Activists with a group called Detroit Will Breathe sued the city of Detroit last week, alleging that Detroit police used excessive force to control Black Lives Matter protests that took place in late May and June, following the death of George Floyd while in the custody of the Minneapolis Police Department.

The protesters claim, according to the Detroit Free Press, that “police used those objects to fracture bones, inflict baseball-sized lumps and concussions, collapse lungs and cause other injuries that left Black Lives Matter protesters hospitalized and disoriented during marches in Detroit that started on May 29.”

“The demonstrators are out in the streets exercising their First Amendment rights and have been met with brutal violence,” their attorney claimed in a press conference. “We are at a point where the city needs to decide what its image is, what its soul is; whether Detroit is a place that encourages free and open thought and dialogue or whether open dialogue is met with brutal violence.”

2) In Adams Morgan, protesters screamed at Lauren B. Victor for several minutes for refusing to raise her fist with them.
“Are you a Christian?” a female protester demanded.
“Good for you — you stood your ground," Chuck Modiano said sarcastically as the crowd moved on.

3) Modiano, who had been yelling at Victor and moments later identified himself as a citizen journalist who writes for @Deadspin, told Victor he couldn’t understand why she was the only diner in the area who wouldn’t comply. “What was in you, you couldn’t do this?”

4) “I felt I was under attack,” Victor, an urban planner, said, adding that she felt there was something wrong about being coerced to show support.

5) “In the moment, it didn’t feel right,” Victor said, adding that she also could understand their anger. “I wasn’t actually frightened. I didn’t think they’d do anything to me,” she said. “I’m very much with them. I’ve been marching with them for weeks and weeks and weeks."

6) Given many comments regarding protesters’ races, it’s worth noting that a young Black woman leading the protest Monday asked White protesters to step forward, as seen here. This direction was given more than once. pic.twitter.com/NEj7z7hdLj

So, that judge (obama judge?) has decided that the criminal “protesters” have rights to ‘avoid injury’ but the police officers do not have those rights and are expected to sacrifice themselves as they are to be denied the ‘tools’ to put down these lawless and not “peaceful” riots. Those antifa & blm criminals are criminals doing criminal acts.

What gives the judge the right to dictate what self-defense tool can be used?