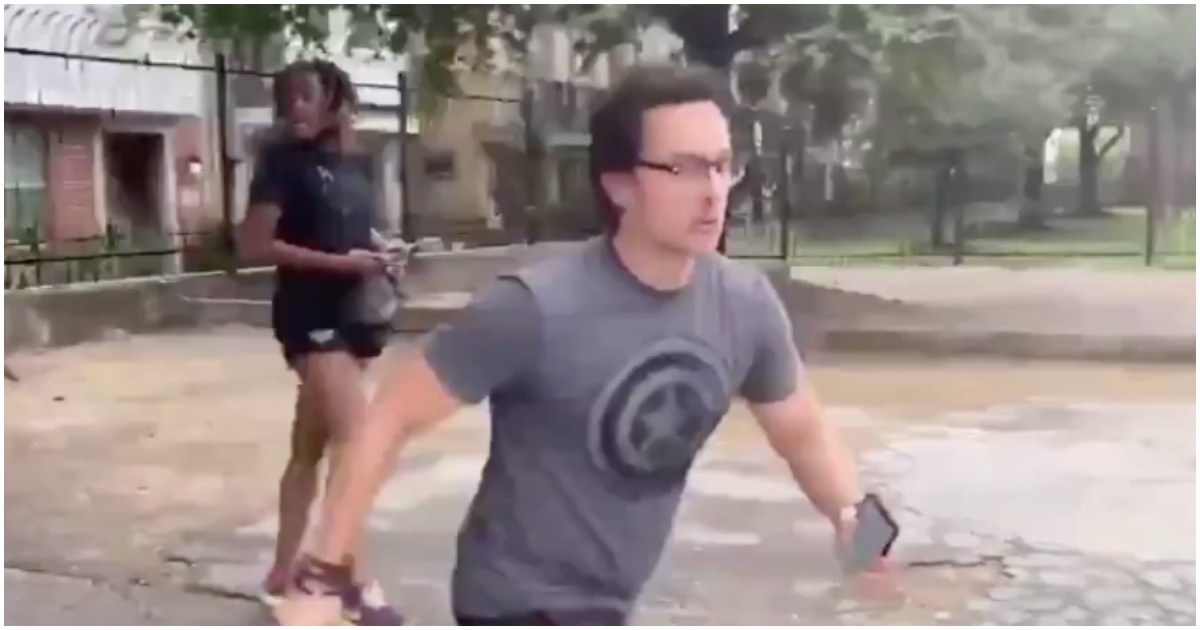 The following article, ‘Walk Away’ Founder, A Gay Man & Former Democrat, Attacked With Glass Bottles By BLM (Watch), was first published on Flag And Cross.

Brandon Straka, a former hairstylist, is a gay man who used to be a Democrat before seeing the light. Straka founded “Walk Away,” which encourages people to leave the Democrat plantation.

On Saturday, Straka held a rally in Dallas.

It didn’t go so well, due to Black Lives Matter radicals acting like complete barbarians.

This was the most terrifying moment of my life. My team &I went to the police to check on detained security agent. 30-40 BLM began throwing bottles at us & chasing us. They stole my employee’s phone &smashed it. We had to run for 4-5 blocks. All Dallas news stations were there. pic.twitter.com/84ZWXtPo93

FOLLOWERS I NEED YOUR HELP!!!
BLM agitator infiltrated stage area of today’s rally then put his fist into security’s neck when being removed. @DallasPD ARRESTED THE SECURITY AGENT!! He’s been held for over 4 hours! Dallas PD not releasing security agent.
RT &DEMAND his release!! pic.twitter.com/ghMwZa4lFi

[Straka’s] ascent to conservative-media darling began on May 26 [2018], when Straka posted a now-viral video describing why he fled the Democratic party.

“Once upon a time, I was a liberal,” Straka says in the six-minute video, looking directly toward the camera. “For years now, I have watched as the left has devolved into intolerant, inflexible, illogical, hateful, misguided, ill-informed, un-American, hypocritical, menacing, callous, ignorant, narrow-minded and, at times, blatantly fascistic behavior and rhetoric.”

Yeah, the definition of a ‘former democrat’ is a liberal that has been attacked/assaulted, etc by other liberals. Sometimes takes that to see the light.