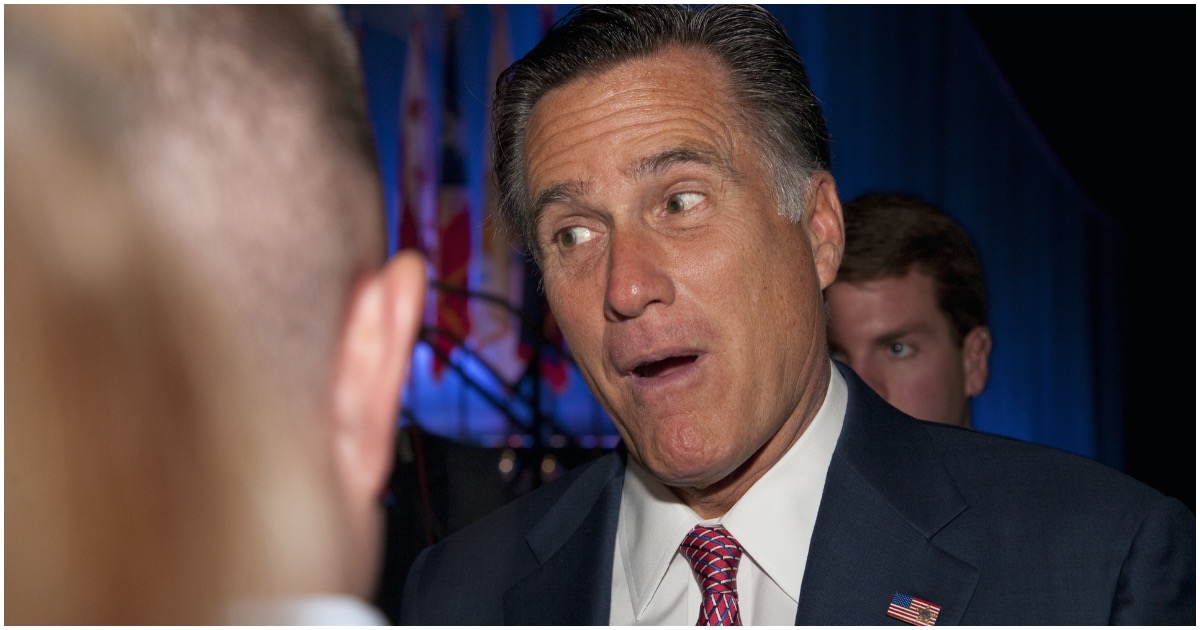 Who is still letting Mitt Romney speak? He only has negative things to say about the standard-bearer of his party, probably because he was passed over for secretary of state when Trump won the 2016 election.

Speaking with The New York Times this week, Romney said that President Trump’s comments over the past several days were designed to cause racial divisions.

“The comments and tweets over the past few days, including a retweet of a 2019 video clearly intended to further inflame racial tensions, are simply jaw-dropping,” Romney said.

Shortly after Romney’s comments, the president said during a campaign event in Pennsylvania that the senator “couldn’t be elected dog catcher right now in Utah.”

Though Romney and President Trump have long been at odds, that ratcheted up when the senator from Utah became the only Republican that voted “Yes” to convict the president in the alleged Ukraine scandal.

mitt is a fucking moron.

Sure wish I hadn’t voted for the rino in the 2012 general election, but would not vote for obama. Had a feeling that romney would not win when he wouldn’t stand up to obama in their debate. Newt was the best republican candidate in the race.