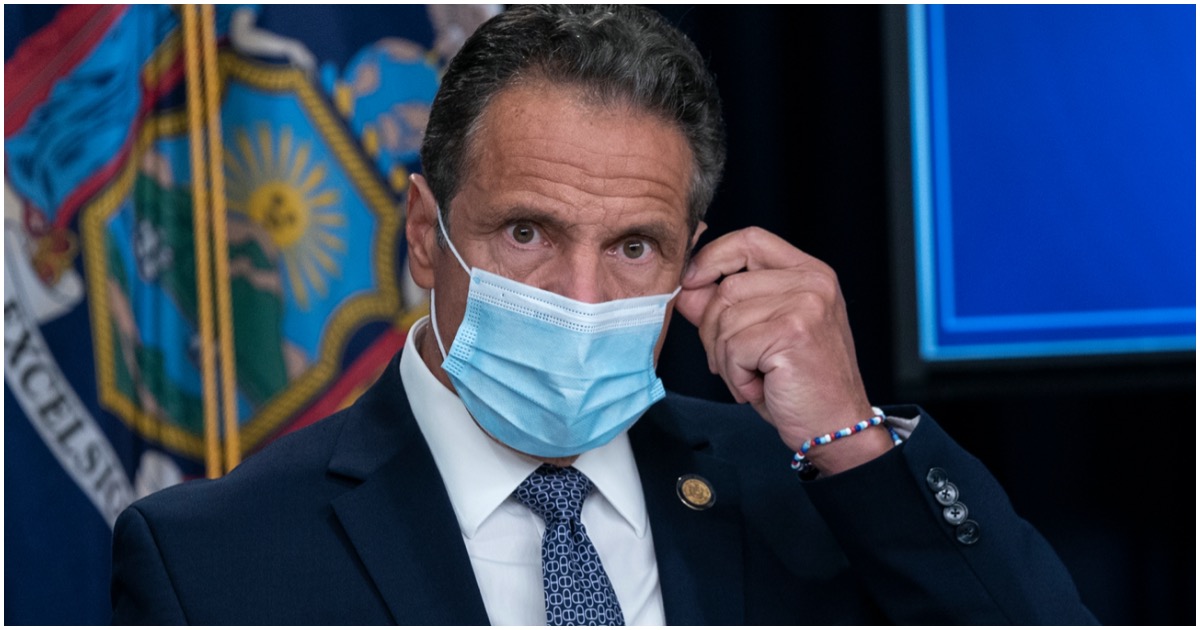 The following article, Democrat Governor Cuomo Says Trump Better Bring Army With Him If He Goes to New York, was first published on Flag And Cross.

What do you do if you’re the guy who is blamed for the deaths of so many New Yorkers who were infected by COVID-19?

Well, naturally, you threaten the physical safety of the president of the United States.

New York Gov. Andrew Cuomo on Wednesday all but threatened President Trump’s safety if he returns to New York City in a rant responding to an exclusive story by The Post that Trump is looking to pull federal funds from “lawless” cities including New York.

Cuomo called an emergency press briefing within a half-hour on Wednesday night to tear into Trump for the order, which cites New York’s rising murder rate and defunding of the NYPD.

“He better have an army if he thinks he’s gonna walk down the street in New York. New Yorkers don’t want to have anything to do with him,” the Democrat said, all but threatening the commander-in-chief.

But Cuomo — who, like Trump, hails from Queens — wasn’t done. “He can’t have enough bodyguards to walk through New York City, people don’t want to have anything to do with him.”

Is it any wonder why Donald Trump is president? Americans agreed with him back in 2016 that the MSM was going too far in covering for Democrats.

CBS recently proved why they cannot be counted on.

Here’s the video they ran with to describe New York hospitals:

And here’s where you can see they swiped the footage directly from an hospital in Italy:

But Mr cuomo, the President does have a Army, and a Airforce, Navy, and a Marine Corps. Will that be enough?