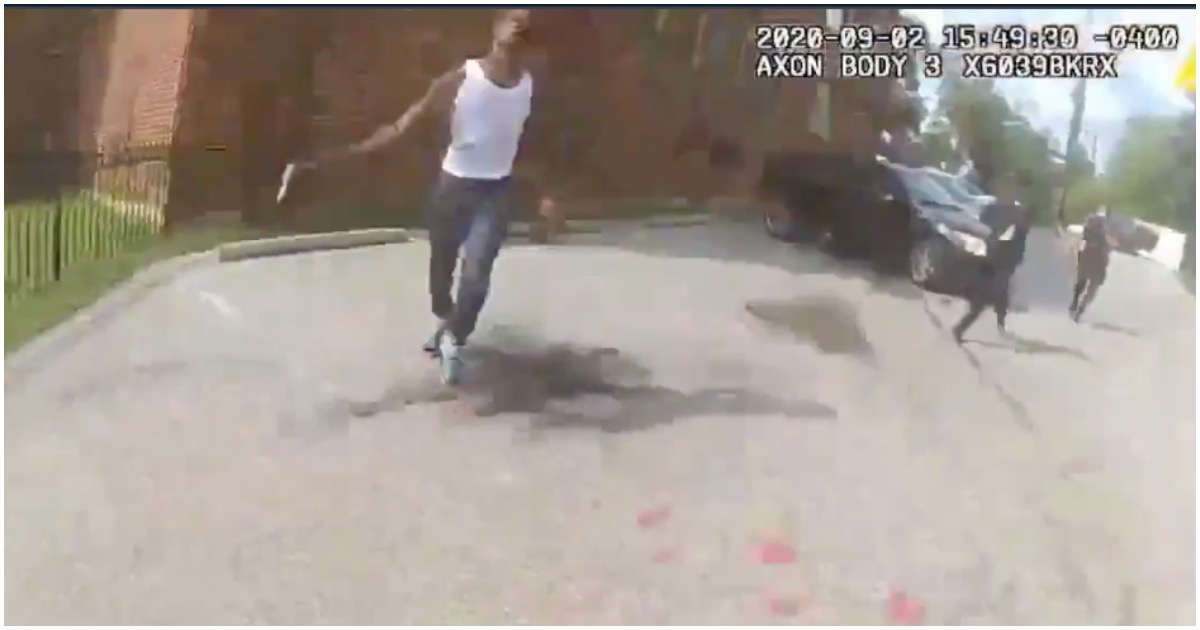 Once again, far-left radicals are going bananas because they think a police officer killed a black man in cold blood…just because; just for the heck of it.

The body cam footage released by the DC Police Department shows that officers were justified in shooting down Deon Kay.

It’s sad that this young man decided to make the choices he did.

Not running away with his hands up, not unarmed, not shot in back: Running towards police, with a weapon in hand, shot in chest. Ignoring instructions.

The U.S. Attorney’s Office for Washington D.C. and MPD’s Use of Force Review Board are now reviewing the shooting. The officers involved in the shooting were placed on administrative leave, police previously said.

The killing prompted a late-night face-off between police and dozens of protesters outside a city police station.

The Metropolitan Police Department said shortly after the shooting that Kay was one of two people who fled Wednesday afternoon when approached by uniformed officers who were investigating reports of a man with a gun in the area.

Don’t want to get shot by a cop? Don’t walk towards a cop with a gun in an aggressive manner. Is that a hard concept to grasp?

Here’s a clip of some radicals being radical…

Police shoved protesters out of the way to form another line in front of the 7th District police station pic.twitter.com/ZBSawt8R6p