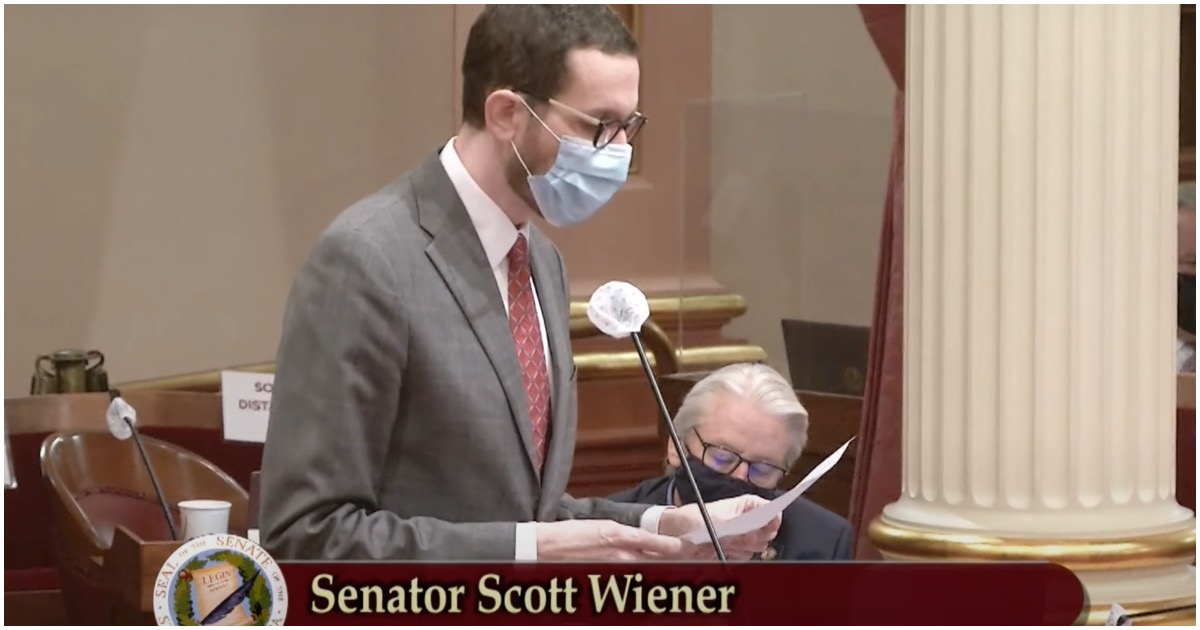 The following article, Penalties Reduced for Gay Adults Who Have Relations With ‘Willing Same-Sex Minors’ In CA, was first published on Flag And Cross.

Yes, you read that headline correctly. In the liberal cesspool that is California, it is now seemingly okay to be a pedophile as long as you’re gay – or something.

Oh, by the way…the far-left lawmaker behind the legislation, yeah, his name is Weiner.

Senate Bill 145 would put an end to “blatant discrimination against young LGBT people engaged in consensual activity,” Wiener said in a statement.

Last night the CA State Legislature passed #SB145 and it now goes to Gov. Newsom. It would lower the penalties for adults who have sex w/ willing same-sex minors. Judge could decide if adult has to register as sex offender if the offender is within 10 years of age of victim.

Continue reading: Penalties Reduced for Gay Adults Who Have Relations With ‘Willing Same-Sex Minors’ In CA ...

Once the dems take over and “unfund the police” they can then unfund the jails/prisons, the courts, the judges, and why not also the law-makers (politicians) as none would be needed?? Their civilian ‘social workers’ could handle all calls for crimes, etc. Now what could possibly go wrong with this ‘future’ for socialist America……