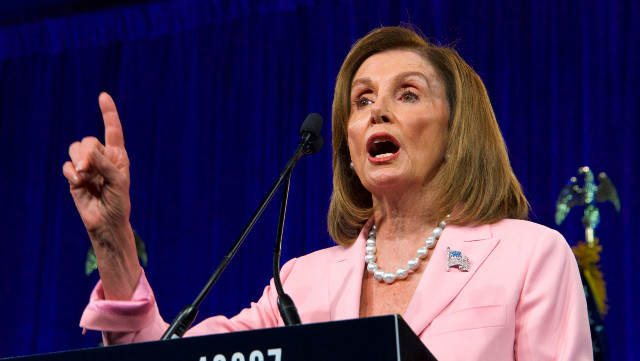 The following article, Politico Reporter Questions Legality Of Posting Footage Of Pelosi At Salon Due To CA Being ‘Two-Party Consent’ State, was first published on Flag And Cross.

Not long after security footage was reported on by various media outlets showing House Speaker Nancy Pelosi violating coronavirus lockdown rules to visit a hair salon, a reporter for Politico put on her shiny white armor and attempted to ride to her rescue, questioning whether or not posting that footage was legal due to California being a “two-party consent” state.

“Have to ask upon seeing this: Is it legal in CA – a “two party consent” state – to videotape someone in a private home or business without their consent?” Marinucci asked while linking to a Fox News report about Pelosi’s salon visit.

Attorneys quickly pointed out that it is legal to post security camera footage.

Had Marinucci been correct, it would have meant California businesses wouldn’t be allow to even install security cameras without posting some sort of statement suggesting that by entering the store, customers consent to be taped.

This footage highlights the great disconnect that exists between the “elite” in the Democratic Party and the average American citizen. These folks think they are above the law. That mandates and rules only apply to the peons beneath their boots and not to themselves.

Of course, such a notion flies in the face of everything America stands for, particularly the pillar of our society that says every citizen is equal under the law. Pelosi, however, thinks the rules do not apply to her, that she is privileged because of her position.

How long will such hypocrisy be tolerated by the people of California? Voter her out now, folks. She does not have your best interest at heart.

Continue reading: Politico Reporter Questions Legality Of Posting Footage Of Pelosi At Salon Due To CA Being ‘Two-Party Consent’ State ...

She was breaking the law. She shouldn’t have been there and was not wearing a mask. that’s two.
I’ll leave out the fact she’s a piece of shit.

Marinucci is right. That tape is evidence of a crime. The police should investigate who that criminal is. First clue : bad hair.

Well, but of course. Dems always try to stop anyone from exposing their corrupt acts and their criminal behavior when ever they are caught, and ‘film at five’ is especially bad…..