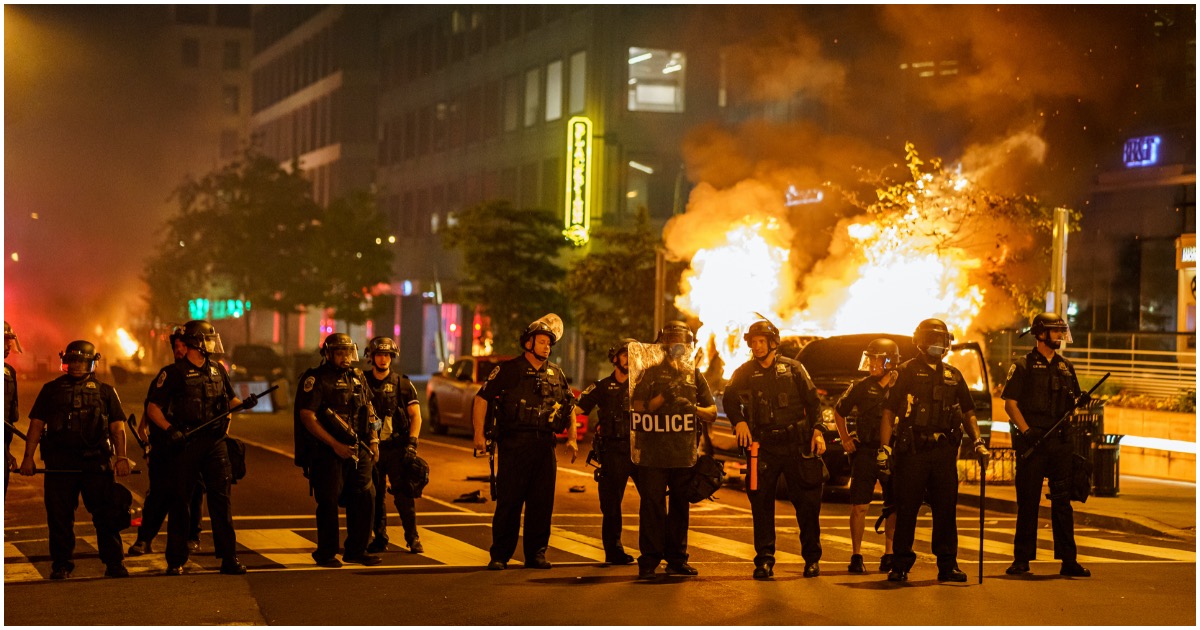 The following article, As Cities Burn and Chaos Ensues, Do All Victims Matter? — Opinion, was first published on Flag And Cross.

Racism is abominable, unfair, and immoral. No one should be victimized on account of skin color. Victimization in America is deluded, however, by orchestrated agendas, and thus only some victims count. How so? Let’s start in 1965.

Recognizing that African-Americans had been victimized in society for 100+ years, the Johnson Administration’s “Great Society” in 1964 and 1965 became the driving force behind an array of initiatives for redress.

By 2014, the U.S. had spent $22,000,000,000,000 ($22 trillion) on affirmative action and wealth re-distribution type programs to raise the education level, employment status, and income level of African Americans. In perspective, in world history, only 17 countries including the U.S. have ever achieved an annual GDP of at least one trillion dollars, for even one year.

Violence by the Numbers

In present day America, one in five police officers is black. Annually, U.S. police encounters with the public number in the tens of millions. Based on Bureau of Justice Statistics for 2018, black-on-white violent crime overall — murders and violent attacks — totaled 547,948, whereas vice versa was 112,365.

Page 3 of Homicide Trends in the U.S. reveals that the offending homicide rate for blacks, 34.4 per 100,000, is nearly eight times higher than the rate for whites, 4.5 per 100,000. Moreover, blacks kill from 8 to 10 times as many whites, annually, than vice versa, as reported in the National Crime Victimization Survey, 2018, from the Bureau of Justice Statistics.

With a nation of roughly six times as many whites as blacks, adjusting for representation in the population means blacks murdering whites is 54 times more likely than vice versa. From 1965 to the present, as incredible as it seems, all black-on-white murders or violent attacks sums to more than 20,000,000.

Currently, nearly half of African-American surveyed say that they know of someone treated callously by police. And, black male adults are five times more likely as white male adults to report they’ve been unfairly stopped by police because of their race or ethnicity. In context, one can begin to comprehend how being unfairly stopped and callously treated might happen.

Police of all races have to be on high alert and deal with their own zooming pulses: The data from 55 years reveal that black-on-white violence is much more prevalent than vice versa. As such, some innocent black males and to a lesser extent black females unfortunately become victimized by police.

No Denying the Violence

Research from the Manhattan Institute shows that, “An officer’s chance of getting killed by a black assailant is 18.5 times higher than the chance of an unarmed black getting killed by a cop,” …despite what mainstream press chooses for headlines. Virtually everyone in law enforcement is aware that blacks are overwhelmingly more likely to kill or attack whites than vice versa. Law enforcement veterans have long known this, and live with it daily.

Certainly, a variety of socioeconomic factors at play lead to higher crime rates among blacks. Still, how can police be expected to tiptoe around black assailants or suspects? Behavior is at issue: Not skin color. Police often make split second decisions; they are not sociologists or psychologists with extended time to assess situations.

Based on Washington State University-Spokane findings, U.S. white police officers are far less likely to shoot unarmed blacks than other races due to, “real-world concern over discipline, liability, or public disapproval.”

Despite blacks murdering whites at a rate 54 times more likely than vice versa, the Leftist media machine, the leading newspapers chief among them, has censored the truth for decades, calls anyone who illuminates these issues a racist, and reports on little or none of this. Hence the perpetuation of hostilities all around continues.

No Truth, No Resolution

Society can deal with the truth when given the truth. Starting from the truth, viable solutions can be proposed, implemented, tested, and refined. Without the truth, we can only dance around the periphery of this half-century epidemic of violence, and never truly address the roots of the issue.

Where do we begin? Acknowledge that all victims matter, so that America does not stay on the same erroneous path for the next 55 years.

Continue reading: As Cities Burn and Chaos Ensues, Do All Victims Matter? — Opinion ...