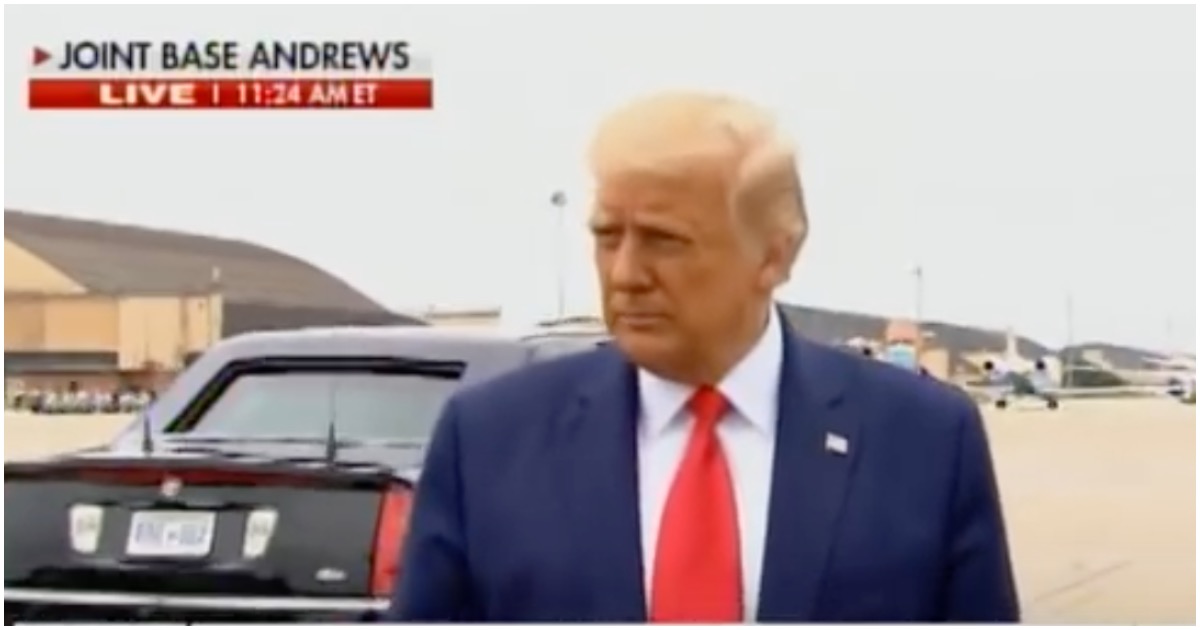 The mainstream media knows what brings in ratings. That’s why they are still in business. At the end of the day, more rioting equals more eyeballs on the screen.

While all Joint Base Andrews on Tuesday, POTUS said of rioters, “These are anarchists, these are agitators, they’re rioters, they’re looters, they’re bad people. They’re burning down Portland. You take a look at that. You take a look at the scenes last night, and then the fake news media will say that they’re friendly protesters. Because you people, I tell ya, if we only had an honest press in this country we would be much more advanced but we have a very dishonest press… You don’t report that. They shot a man in the street. They executed a religious man in the street and you don’t mention it. It’s not even a story. You talk about other things. The press should be ashamed of themselves. I think the press, the media is what’s fueling this. More so than even Biden. ‘Cause Biden doesn’t know he’s alive. The press is really fueling this and they’re fueling it horribly.”

Would think that old Jill should step in and talk old china-joe into dropping out and stopping the embarrassment, but then Jill likely has already measured for new curtains for the Whitehouse?