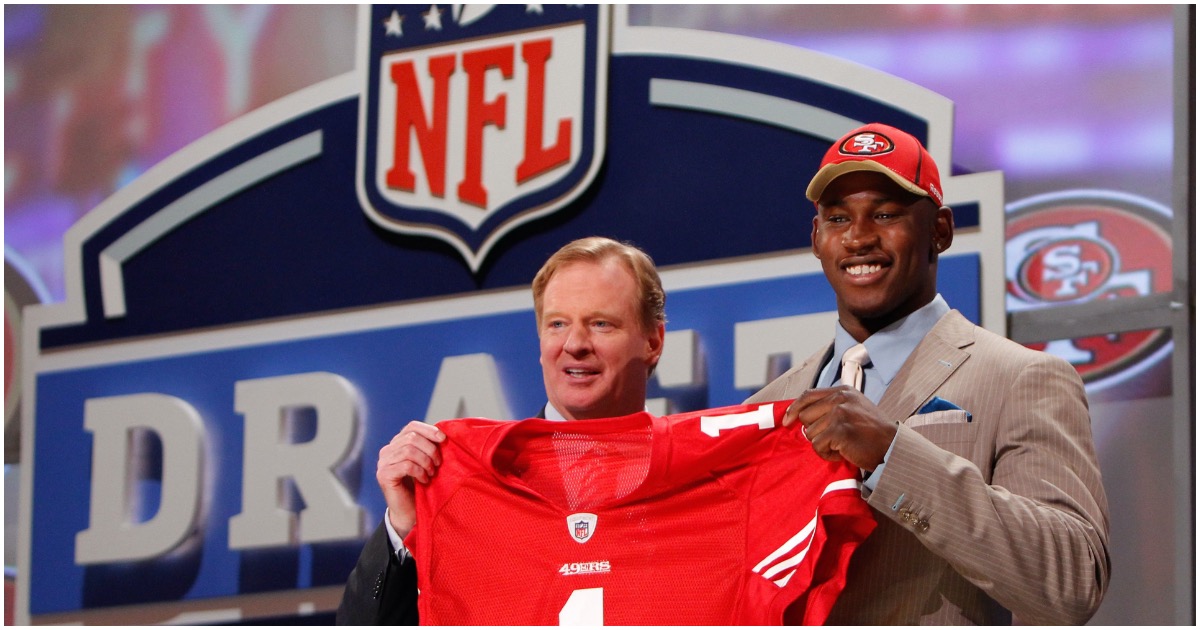 The following article, NFL End Zones to Feature ‘End Racism’ & ‘It Takes All of Us’ During Season Opener (Details), was first published on Flag And Cross.

Jamming more politics into sports will turn people away. If you don’t believe it, go check out the NBA Playoff ratings. They are not good – at all.

Major League Baseball went BLM heavy on Opening Day, but has since backed off.

Now, the NFL is doing what it can to appease radical leftists.

On a Tuesday afternoon conference call, Commissioner Roger Goodell said that the league will write “End Racism” “It Takes All of Us,” in the end zones this season.

An NFL-related story that certainly won’t get much (if any) attention from the MSM involves retired cop David Dorn.

Jacksonville Jaguars tight end Tyler Eifert will wear the name of murdered St. Louis police Captain David Dorn on his helmet, according to a report.

The announcement was made by Alex Triantafilou, the chairman of the Hamilton County, Ohio, Republican Party.

Got some very good news from former @Bengals player/current @Jaguars player @tylereifert that he will honor fallen police officer David Dorns on his helmet. Always been a fan of Tyler’s and God bless him!

Continue reading: NFL End Zones to Feature ‘End Racism’ & ‘It Takes All of Us’ During Season Opener (Details) ...