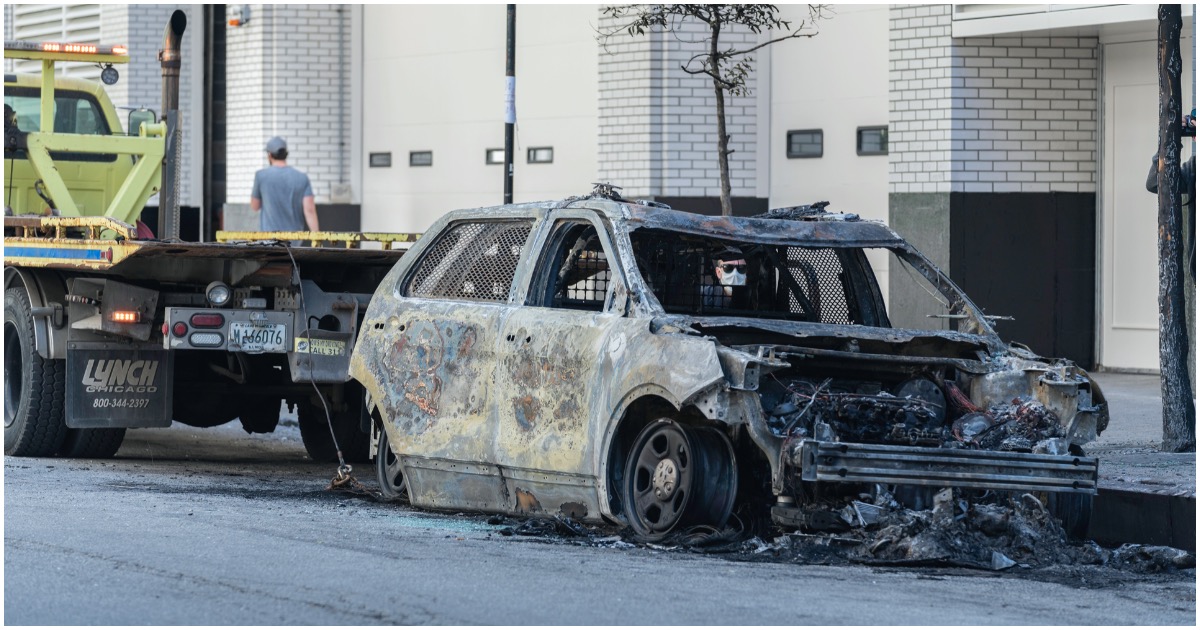 The following article, Lightfoot’s Chicago Sees $1.2 Billion Shortfall Due to ‘Catastrophic’ Economic Collapse Stemming From Riots, was first published on Flag And Cross.

When are the people of Chicago (and other radically far-left cities) going to acknowledge that Democrat “leadership” brings about nothing but pain and anxiety? (And anarchy?)

Wake up before it’s too late, y’all.

Chicago’s mayor, Lori Lightfoot, announced Tuesday that the city is facing a historic $1.2 billion budget shortfall for the fiscal year 2021, following what the mayor called a “catastrophic” economic collapse caused by the coronavirus pandemic and by widespread rioting and looting that did an estimated $60 million in physical damage to the city’s downtown and untold damage to its tourism industry.

“Saying Chicago faces ‘a crisis unlike anything we have experienced in our lifetimes,’ Mayor Lori Lightfoot painted a grave financial picture for the city on Monday, detailing a projected $1.2 billion budget shortfall in the 2021 fiscal year,” Chicago’s public broadcasting station, WTTW reported.

“On top of that colossal shortfall, the city’s financial picture worsened significantly during the past three months because of an ‘economic catastrophe caused by the coronavirus pandemic,’” Lightfoot said according to the outlet. “The city’s budget for the current fiscal year is now $799 million in the red, she said.”

Lightfoot added that “all options are on the table,” though she refused to get into specifics. In the past, the city has proposed a computer lease tax, a streaming services tax, and a higher restaurant and entertainment tax as stopgap measures for budget shortfalls. This shortfall, though, is so unprecedented, the city is likely to consider more extreme measures, like a property tax hike.

Here’s proof that this was a coordinated attack on cops…

I wonder how many people will begin to flee this city and its blight? Lightfoot has caused the majority of these issues by her tyrannical lock downs and failure to reopen, and for allowing all of the rioting and destruction. How can businesses bring in tax dollars when their businesses are destroyed by looters, rioters, and arsonists? Why should taxpayers have to foot the bill for her malfeasance and irresponsible behavior?
Lightfoot is a truly evil woman and people who voted for her have got to be very stupid and ignorant.