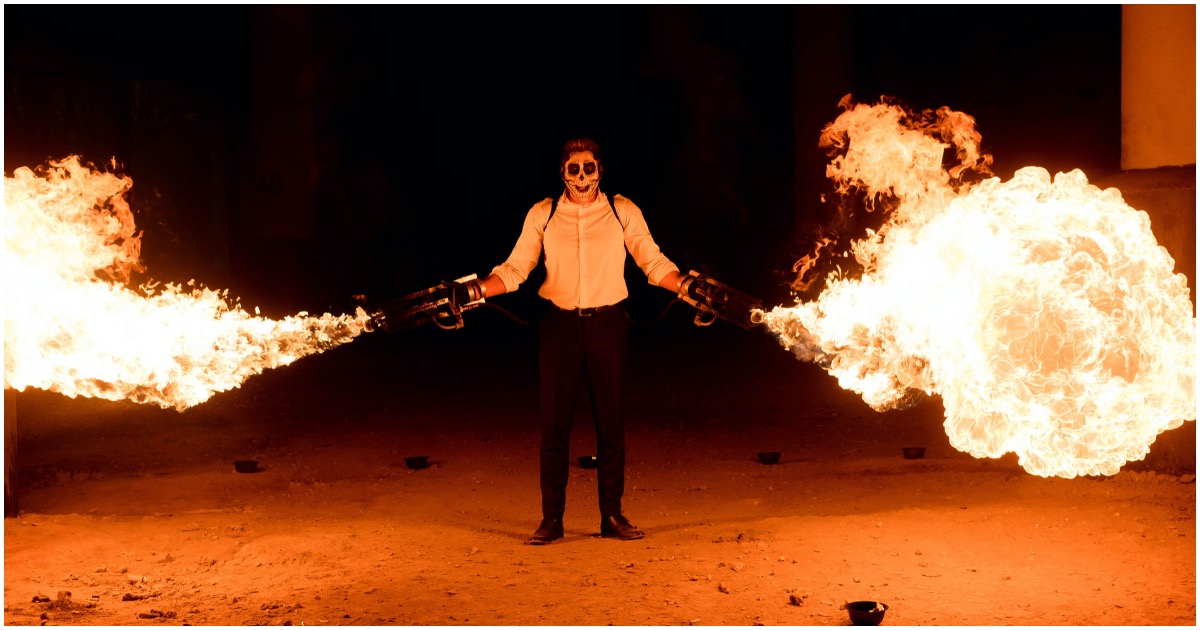 The following article, Antifa Leader With Flamethrower Cries In Fetal Position When Stopped By Police Officer, was first published on Flag And Cross.

This guy is only 23-years-old. He is the product of a left-wing education system that has failed him greatly. On the streets, Matthew Banta is known as “Commander Red.”

This terrorist has been taught how to act by rolling into a fetal position and making accusations. Hopefully this cop had a body cam on that recorded the entire scene.

While he was on the ground crying for his mommy, they should have turned on the flame thrower, and cooked the fucker where he lay.