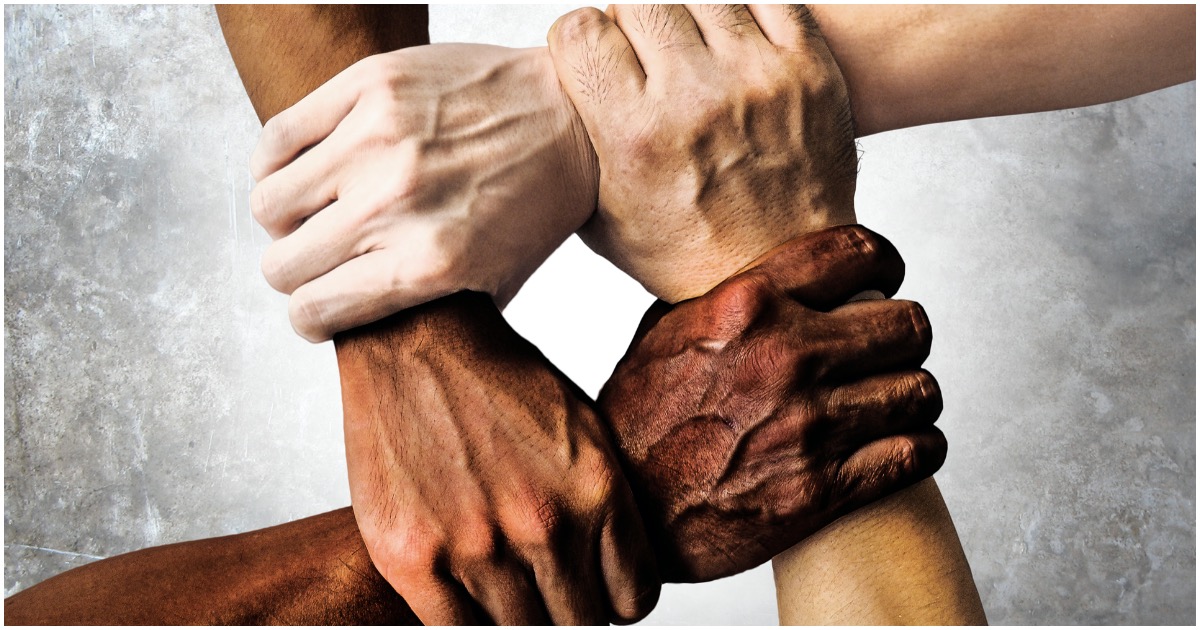 The following article, Should Race Monopolize the National Discourse? — Opinion, was first published on Flag And Cross.

Are you noticing that everything in the news is about black people? How blacks are an oppressed minority. How police and white supremacists are targeting blacks. This was not so before Obama came along. We had the civil rights movement, we had affirmative action, and it seemed like the race issue was evolving smoothly. Systemic racism became a thing of the past.

“The oppression of black Americans is over with,” acknowledged respected black author Shelby Steele. When people say that America is plagued by “systemic racism,” says Steele, what they’re really doing is looking for more entitlements. “The truth of the matter is, blacks have never been less oppressed than they are today,” says Steele. “Opportunity is around every corner. If you are black and you want to be a poet, or a doctor, or a corporate executive, or a movie star, there will surely be barriers to overcome, but white racism will be among the least of them. You will be far more likely to receive racial preferences than to suffer racial discrimination.”

If you believe the media, Steele’s assessment can’t be true. But of course the liberal media have their own agenda, and it isn’t the truth. Whites are bending over backwards to make life better for blacks. Blacks are being integrated into the American experience. Just watch movies and TV commercials to see the changes that have occurred in American society. Blacks used to complain that they were not adequately represented by Hollywood and Madison Avenue. Today blacks appear in greater numbers than their percentage of the population. If there are two characters in a movie or TV drama, one of them will be black. This is a good indication that the country is responsive to its black population.

Different racial and ethnic groups were getting along just fine until 2008. Then Obama showed up and racial division was reintroduced into American life. Instead of recognizing the significance of having a black president, the US has been plagued with an epidemic of racial conflict. Obama’s inflammatory statements, one after another, fomented animosity between races. Accusations of white privilege and white supremacy have monopolized our civil discourse.

Whenever the police are required by circumstances to deal harshly with a black suspect, the race card is automatically dialed up. Statistics do not support this narrative. Black men commit a disproportionate number of violent crimes. The prevalence of black-on-white crime has been spectacularly ignored by the media. “Whites are the overwhelming target of interracial violence,” Heather Mac Donald wrote in City Journal. “Between 2012 and 2015, blacks committed 85.5 percent of all black-white interracial violent victimizations. That works out to 540,360 felonious assaults on whites.”

“A new generation of black leaders and white enablers want to remove black violence from the table,” Colin Flaherty writes in Don’t Make the Black Kids Angry: The Hoax of Black Victimization and Those Who Enable It, “and instead focus on the Big Lie: the war on black people and how racist white people are waging it. That is the biggest lie of our generation. Because just the opposite is true. Black crime and violence against whites, gays, women, seniors, young people and lots of others is astronomically out of proportion.”

Despite the facts, a criminal Marxist organization known as Black Lives Matter has succeeded in convincing many whites that blacks are being slaughtered by white bigots. BLM has done nothing to help black people. Its objective is the destruction of American institutions using race as a vehicle. BLM is strictly a political gift from the Left. The Left’s intention is to divide the country … and they are almost succeeding.

A new attempt to make the national discourse revolve around black people is the 1619 Project. A product of the ultra-liberal New York Times, the 1619 Project is an effort to commemorate the 400th anniversary of slavery’s beginning in America. It aims to “reframe the country’s history, [understand] 1619 as our true founding, and [place] the consequences of slavery and the contributions of black Americans at the very center of the story we tell ourselves about who we are.” Sorry liberals, the US is not a white supremacist country and blacks are not the center of the American story.

The 1619 Project reinforces identity politics, the aim of which is to divide the country into warring camps based on color and ethnicity. It is all about ancient history. None of it contributes to healing the country in the present moment. “Past oppression cannot be conflated into present-day oppression,” says Shelby Steele. “It is likely that today’s racial disparities are due more to dysfunctions within the black community.” Steele put his finger on the real problem—the black community has become increasingly dysfunctional. A continuing tradition of black violence in urban settings is bringing the civil society to its knees.

To his credit, Donald Trump, who has done more than any other president to make lives better for blacks, doesn’t buy into the racial narrative. The recent outbreak of race-based rioting is designed to hurt Trump. It is backfiring—Trump’s numbers are going up. Blacks are responding to Democratic racial hypocrisy by defecting to the Republican Party.

Blaming current social problems on white oppression serves to heighten racial tensions. It’s time for the media to stop pushing its divisive agenda so the nation can heal itself. The preoccupation with race only makes it worse for blacks, whites, and everybody else. America may not be perfect, but, as David Horowitz affirms in Big Agenda, we are “the most tolerant, least racist nation on earth.” I am reminded of what Muhammad Ali said when he returned from a trip to Africa: “Thank God my granddaddy got on that boat.”

It’s not a question of should. We are waaay beyond that point. It already has monopolized the nation it was ripped the nation apart. It’s been a long time since the United States was united in anything !