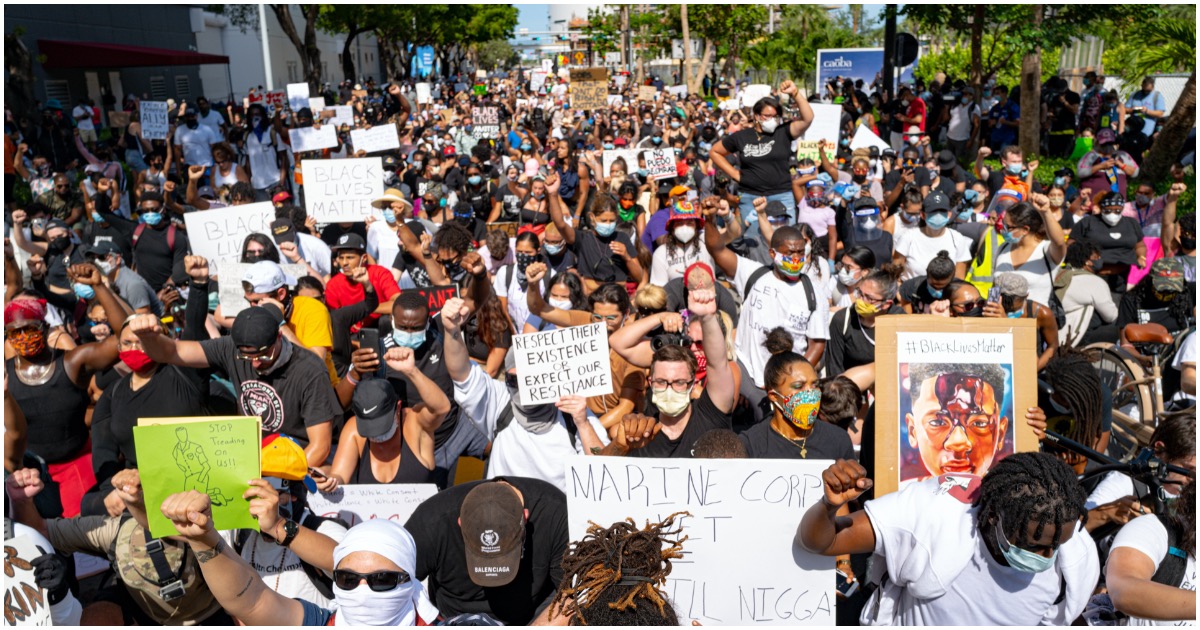 As if walking down a street in the United States chanting “Death to America” wasn’t bad enough, these Black Lives Matter hooligans decided to take things a step further.

You know, all the things to show just how peaceful they truly are.

Rioters among the crowd also set fires and broke into several businesses while vandalizing others, according to police. Video of the protest along with the anti-American chant went viral across Twitter on Sunday.

This wasn’t widely reported. On Wednesday night, around 700 black bloc militants and their supporters rampaged through Oakland, Cal. They chanted “death to America” while starting fires and smashing cars and buildings. pic.twitter.com/A5512gCBzU

Rioters also lobbed objects at police officers. No officers were injured, and a handful of the rioters were arrested, the Oakland Police Department (OPD ) said on Wednesday.

We were forced to chant “death to America” when I was at school in Tehran. Now, the Left chant it in America. https://t.co/1VydmICdLx

These criminals should be ‘allowed’ to leave America and return to whatever country they believe to be better. Would believe that Americans would be happy to give to a ‘go-fund-me’ to hasten their leaving.

HOW ABOUT DEATH TO BLM AND ANTIFA AND THEN AMERICA WILL BE WHOLE AGAIN!!!