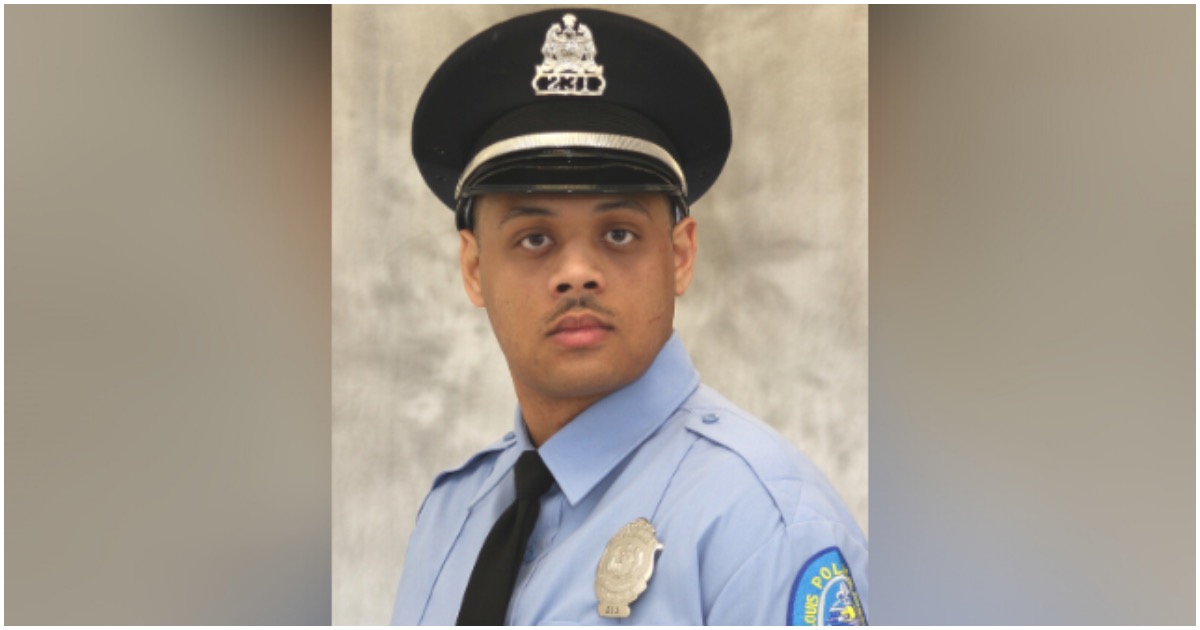 The following article, Young Black Cop, Father of 3, Dead After Taking Bullet to the Head Responding to A Call, was first published on Flag And Cross.

He was just doing his job, responding to a shooting call. In the end, Officer Tamarris Bohannon, an African-American father of three children, was murdered from a gunshot to the head.

Did his life not matter?

Officials with the St. Louis Metropolitan Police Department said Officer Tamarris Bohannon responded to a shooting call Saturday when a man shot him in the head. Bohannon was taken to a hospital and died from his injuries on Sunday.

He was 29 years old and was on the force for three and a half years. He leaves behind a wife and three children.

Sources told us the suspect is a 43-year-old white man with a lengthy criminal history, including a conviction in 2001 for aggravated battery with a firearm out of Florida. We are not releasing his name since he hasn’t been officially charged.

He is currently facing charges of sexual battery and kidnapping for an incident in Florida last year, according to sources. He’s been out on bond but a warrant had been issued for his arrest for failing to appear to court in that case.

Officer Tamarris L. Bohannon dedicated over three and a half years of service to the citizens of the City of St. Louis.

Only black criminal lives matter to BLM. That’s the saddest part of their “movement.”

Continue reading: Young Black Cop, Father of 3, Dead After Taking Bullet to the Head Responding to A Call ...

Oh, how sad!!! Prayers for his widow and small children who will now grow up without their dad. This is just tragic whenever this happens. This man was way to young to die and just doing his job. Prayers also for his extended family and friends. Sad, sad!

Appears that only ‘some’ black lives matter? And guess who makes the decisions.