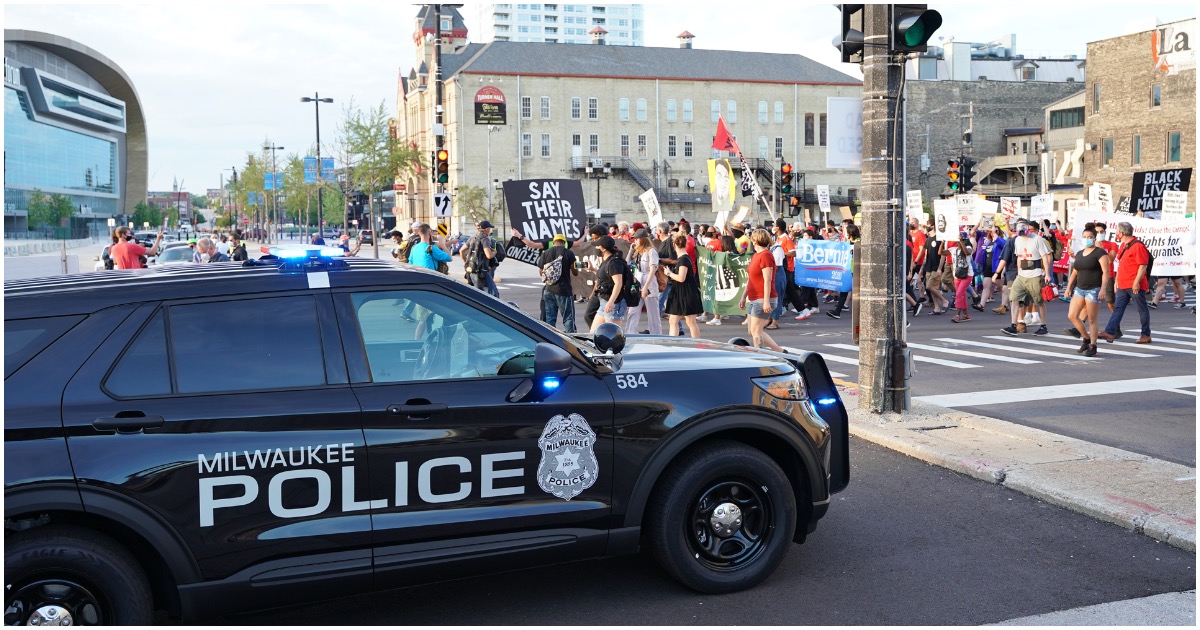 The following article, Wisconsin’s Democrat Governor Doesn’t Want Trump to Visit, Could ‘Hinder Our Healing’, was first published on Flag And Cross.

Residents of Wisconsin messed up bigly when they put Tony Evers into office. Now, they are paying the consequences.

Like a good Democrat, Evers is refusing to do everything possible to keep people of the Badger State safe during rampant, violent protests. Instead, he’s allowing the nonsense to continue.

Governor Tony Evers (D) wrote to President Donald Trump on Sunday evening to “respectfully ask” him “to reconsider” his upcoming visit to Kenosha, Wisconsin, where violent unrest erupted following the shooting of 29-year-old Jacob Blake by police, because the president’s presence in the city could stop the community from healing.

In a letter released Sunday afternoon, and obtained by News 3 Now, Evers told Trump that he and other community leaders in Kenosha “are concerned your presence will only hinder our healing” and “delay our work to overcome division and move forward together.”

An American flag was just burned outside the Kenosha County Courthouse. One woman screams, “Death to America!” and kicks the fence. pic.twitter.com/vI8U6EOGBv

Rioters are trying to tear down the fence outside the Kenosha County Courthouse. pic.twitter.com/GsRRcgMbx9

After giving multiple warnings to the crowd to disperse because it’s an unlawful assembly, police came out behind the fence and pushed everyone out of the park across the street from the Kenosha County Courthouse. pic.twitter.com/Eu3TKpmbAs

Police at the Kenosha County Courthouse shoot pepper balls at rioters using shields that enable their comrades to throw projectiles at a closer distance. pic.twitter.com/RvHWUATNGD

Yes, President Trump should go to Iowa and show the people there that he cares and that he has answers for the violence. This scumbag governor does not want Trump to show because he is anti-Trump. Healing comes when people are shown caring and love and answers, to which this governor is not doing. This is a free country (for the most part still) and Trump is free to visit any state as he is the Head of State and Leader of this country, and for the governor to ask him not to come is doing a disservice to the… Read more »