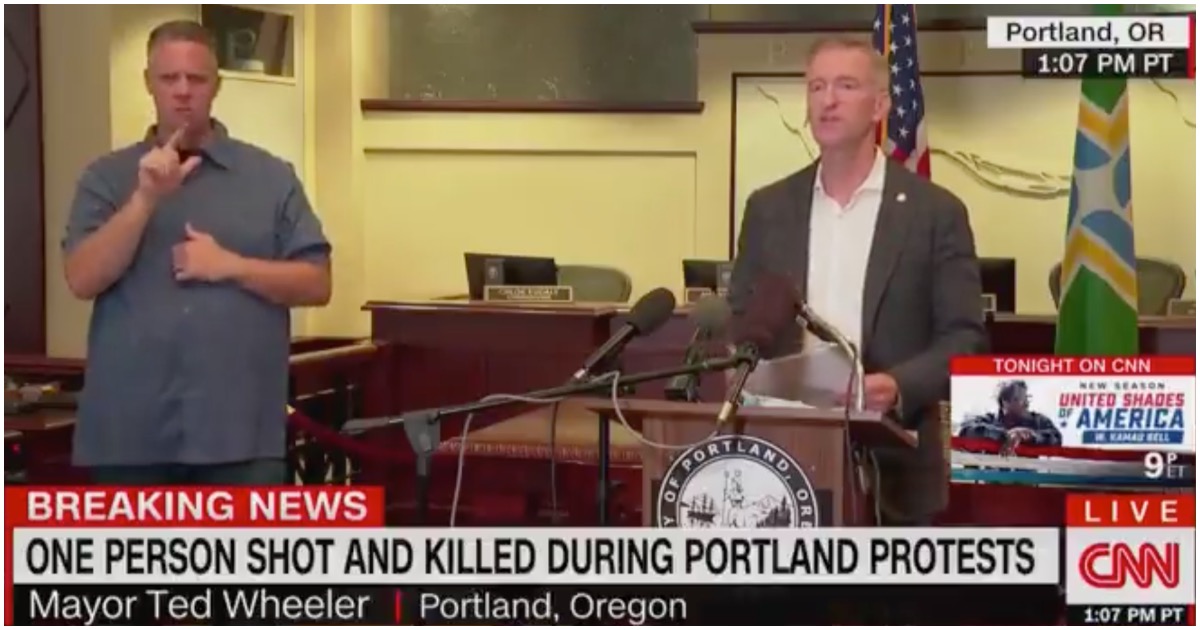 If you’re a conservative in a city dominated by Black Lives Matter and Antifa violence, keep your head up. Maybe one day, enough people will pay attention and put more Republicans in office.

Until that happens, far-left radicals like Portland Mayor Ted Wheeler will continue to have a large platform in which to spout stupidity.

This guy is a joke.

Portland Mayor @tedwheeler blames President Trump for the violence in his city:

"Do you seriously wonder, Mr. President, why this is the first time in decades that America has seen this level of violence? It’s you who have created the hate and the division." pic.twitter.com/pjfbrt1OTR

Ted Wheeler, the wacky Radical Left Do Nothing Democrat Mayor of Portland, who has watched great death and destruction of his City during his tenure, thinks this lawless situation should go on forever. Wrong! Portland will never recover with a fool for a Mayor….

….He tried mixing with the Agitators and Anarchists and they mocked him. He would like to blame me and the Federal Government for going in, but he hasn’t seen anything yet. We have only been there with a small group to defend our U.S. Courthouse, because he couldn’t do it….

..The people of Portland, like all other cities & parts of our great Country, want Law & Order. The Radical Left Democrat Mayors, like the dummy running Portland, or the guy right now in his basement unwilling to lead or even speak out against crime, will never be able to do it!

Authorities in Portland, Ore. may be racist in the way they define “riot,” according to National Public Radio.

The taxpayer-funded media outlet aired a report Thursday in which it claimed that state laws governing riot declarations “have roots in the state’s racist history.”

Trump offered to send in the National Guard and it was refused. The people of Portland and America know this. This is another scumbag democrat mayor who needs to be removed as he alone is responsible for the destruction of his own city. He and other mayors/governors who have allowed this rioting and destruction to continue should be charged with malfeasance of office for not stopping it, and for aiding and abetting criminal activities by terrorists. If Trump wins come November, then AG Barr should bring these charges. I feel confident that the vast majority of people living and surviving… Read more »