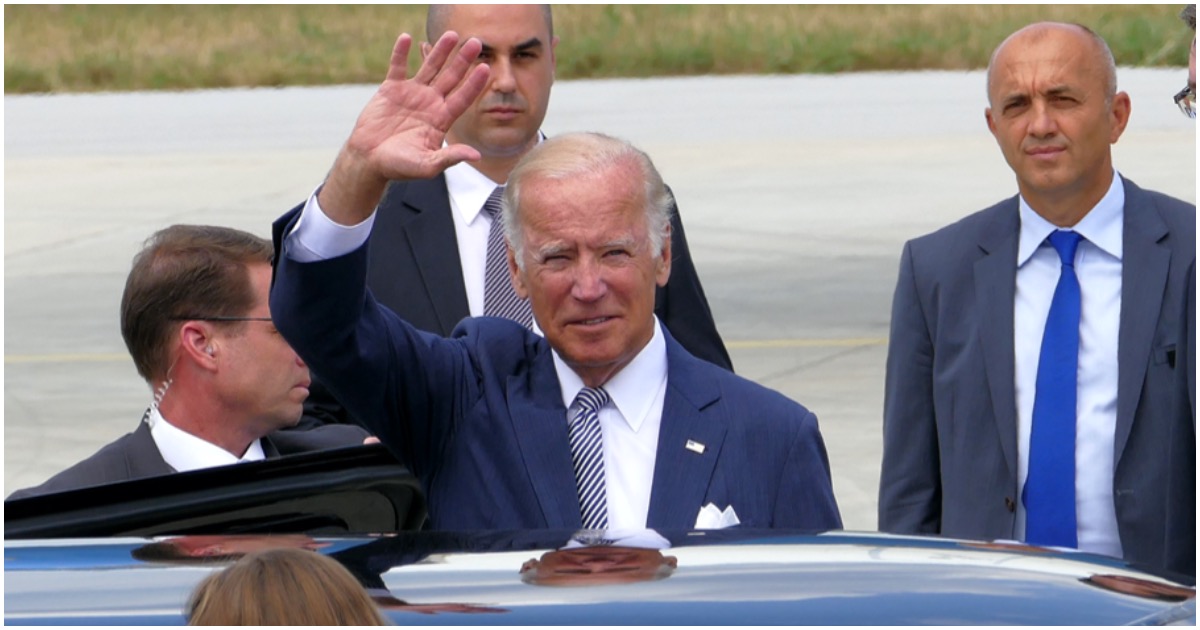 2020 Democrat presidential nominee Joe Biden has finally come out to “condemn” far-left radical violence. Of course, he did it backhandedly. The attempt was pretty pathetic, honestly.

And why stay silent for so long only to say something now? Simple.

The polls are not in his favor and he knows it.

Democrat presidential nominee Joe Biden failed on Sunday to condemn two far-left groups—Antifa and Black Lives Matter—for repeated violence that has happened over the summer. Biden’s failure to condemn the two far-left groups by name came as he released a statement on the shooting that happened in Portland last night that resulted in a right-wing protester being murdered.

Biden later seemed to suggest that Trump and Trump’s supporters were responsible for the death of the right-wing protester in Portland last night, writing:

As a country, we must condemn the incitement of hate and resentment that led to this deadly clash. It is not a peaceful protest when you go out spoiling for a fight. What does President Trump think will happen when he continues to insist on fanning the flames of hate and division in our society and using the politics of fear to whip up his supporters? He is recklessly encouraging violence. He may believe tweeting about law and order makes him strong – but his failure to call on his supporters to stop seeking conflict shows just how weak he is. He may think that war in our streets is good for his reelection chances, but that is not presidential leadership – or even basic human compassion.

Seems like Biden is taking his cue from POTUS.

"We condemn, in the strongest possible terms, this egregious display of hatred, bigotry and violence — on many sides. On many sides." – Trump on Charlottesville
"I condemn violence of every kind by anyone, whether on the left or the right." — Biden on Portland

I THINK THAT TIME HAS RUNED OUT FOR THE DEMOCRATS CAUSE YOU SEE THEY ARE NOT THE DEMOCRATSOF PAST YEARS CAUSE I CAME UP MANY YEARS AGO WHEN DEMOCRATS WERE DEMOCRATS.

Biden is a liar and a scumbag, People see through his lies.

Democrats, FakeNewsMedia and Antifa/BLM THUGS all attempt to characterized their CRIMINAL actions as mere “protests”. The threats, intimidation, looting, destruction, fires are not, by any rational assessment, NOT PROTESTS. Many in the camps of Democrats andFakeNewsMedia likely have gotten a whiplash in their necks as the pivot so rapidly from denying RIOTING, to blaming Trump for the RIOTS they allowed to happen and attempted to cover up their actions! The fires the ignited are out of control and they MUST BE HELD TO ACCOUNT!