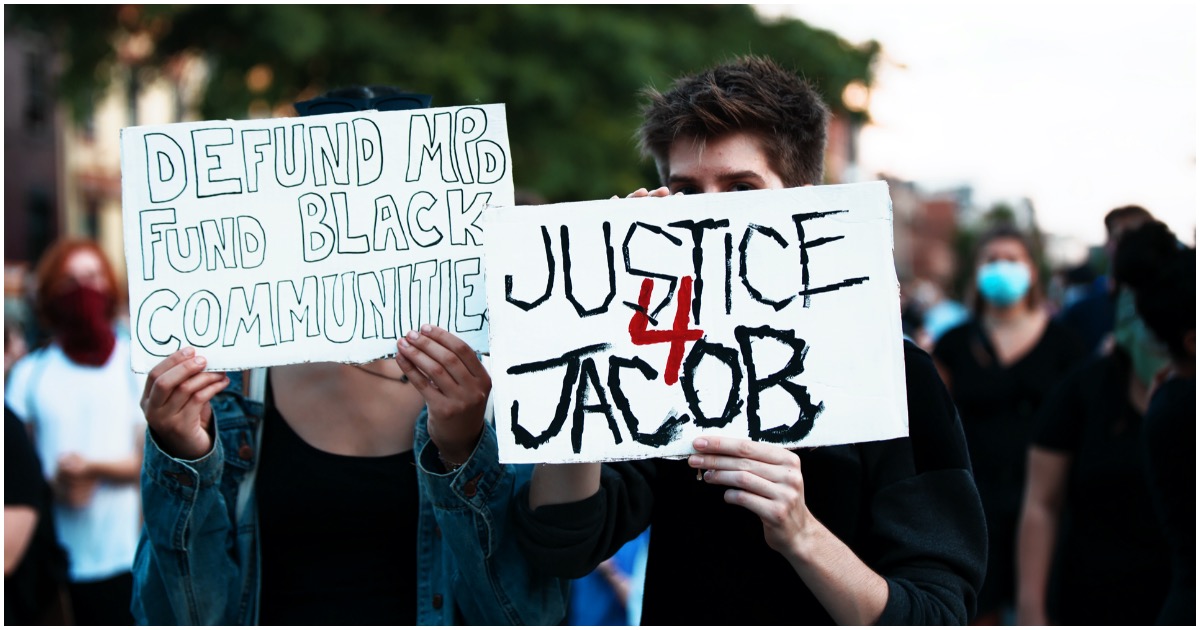 The following article, Jacob Blake’s Sexual Assault Criminal Complaint Is Made Public, & It Is Graphic — Details, was first published on Flag And Cross.

Donald Trump will be re-elected in November because people are getting tired of the Democrat Party’s BS. It is really that simple. Who wants to see “leaders” openly supporting rioters and looters?

Jacob Blake was not a good guy. Before being shot by a police officer, Blake literally did everything possible to get himself shot.

Shouldn’t BLM care that Blake had a violent history with women and cops? How about the fact that he had an officer in a headlock, refused to comply with their orders, and kept resisting arrest after being tased?

The victim, who is only identified by her initials in the paperwork, told police she was asleep in bed with one of her children when Blake came into the room around 6 a.m. and allegedly said “I want my sh-t,” the record states.

She told cops Blake then used his finger to sexually assault her, sniffed it and said, “Smells like you’ve been with other men,” the criminal complaint alleges.

Jacob Blake handcuffed to hospital bed despite paralysis, father says
The officer who took her statement said she “had a very difficult time telling him this and cried as she told how the defendant assaulted her.”

The alleged victim said Blake “penetrating her digitally caused her pain and humiliation and was done without her consent” and she was “very humiliated and upset by the sexual assault,” the record states.

Can't wait for the SJW feminists to come to the defense of the police. pic.twitter.com/Caj8mPt43K

The moment when BLM and #Metoo intersect…..

Black Lives Matter unless you are a woman. pic.twitter.com/4GYrwexbrQ

As usual, the left presumes guilt before innocence.

But don’t expect to hear any of that from a Democrat.

Blake got his deserved justice. now maybe he won’t be able to harass anyone anymore. He will have a great time in jail in a wheelchair. Good for him.

Another criminal evading police to go to his car to DO WHAT?? ….. “?? get a weapon”. … and then they shoot him in the back BECAUSE he is fiddlig around in his car DOING WHAT? ….. ANOTHER fast judgement by Blacks and the extreme Left. They know that this is THEIR MOMENT to continue the chaos and their quest for free crap, and Black Lives Matters is trying to reinforce their political hold by destruction. Give in or we shall COME FOR YOU!!! …. Not me scumbag. Reasonable people know your game and we shall not play. We shall… Read more »