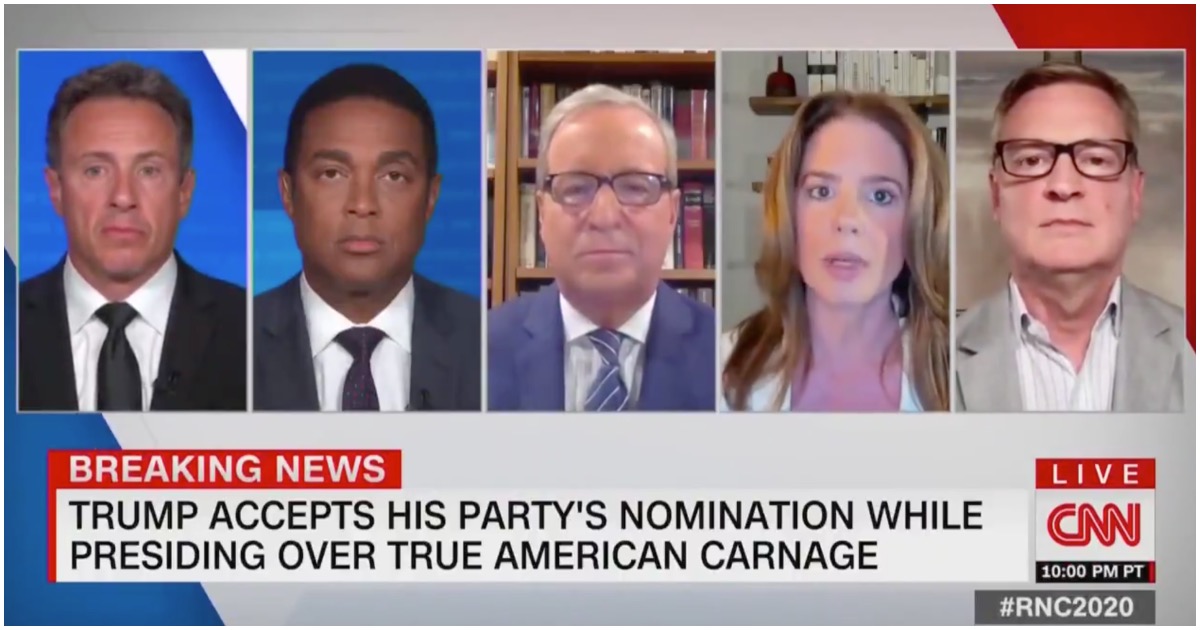 Did you catch the chyron in the picture up above? It reads: “TRUMP ACCEPTS HIS PARTY’S NOMINATION WHILE PRESIDING OVER TRUE AMERICAN CARNAGE.”

So, how exactly did Joe Biden “accept his party’s nomination?” Hmmm??

What a clueless comment by @KirstenPowers: "there's very little rioting" despite sustained rioting in many major cities for months now. She's either lying or she needs to get out of her bubble. She spends some time here in Seattle yet misses the frequent riots and violence? pic.twitter.com/dmykNHOKzS

A Tennessee state representative called out politicians’ response to violence and property destruction taking hold in U.S. cities, saying rioters are “emboldened because we act like a bunch of punks — too frightened to stand up and protect our own stuff.”

State Rep. John J. DeBerry, Jr., a longtime Memphis Democrat, made the passionate speech on the floor of the Tennessee State Legislature earlier this month where he urged lawmakers to have “guts” and denounce the violent unrest. His words are still resonating on social media, as more violence and arson broke out in Kenosha, Wis., this week following the shooting of Jacob Blake on Sunday.

Those dems/liberals seem to be confused (?) about the definition of “peaceful” and also of “riot” when they continue their attempt to gain traction with voters with their lies. Time to take our country back from the dem/socialists political party and KAG by voting out all dems in November.

I nominate this idiot for the Baghdad Bob award.